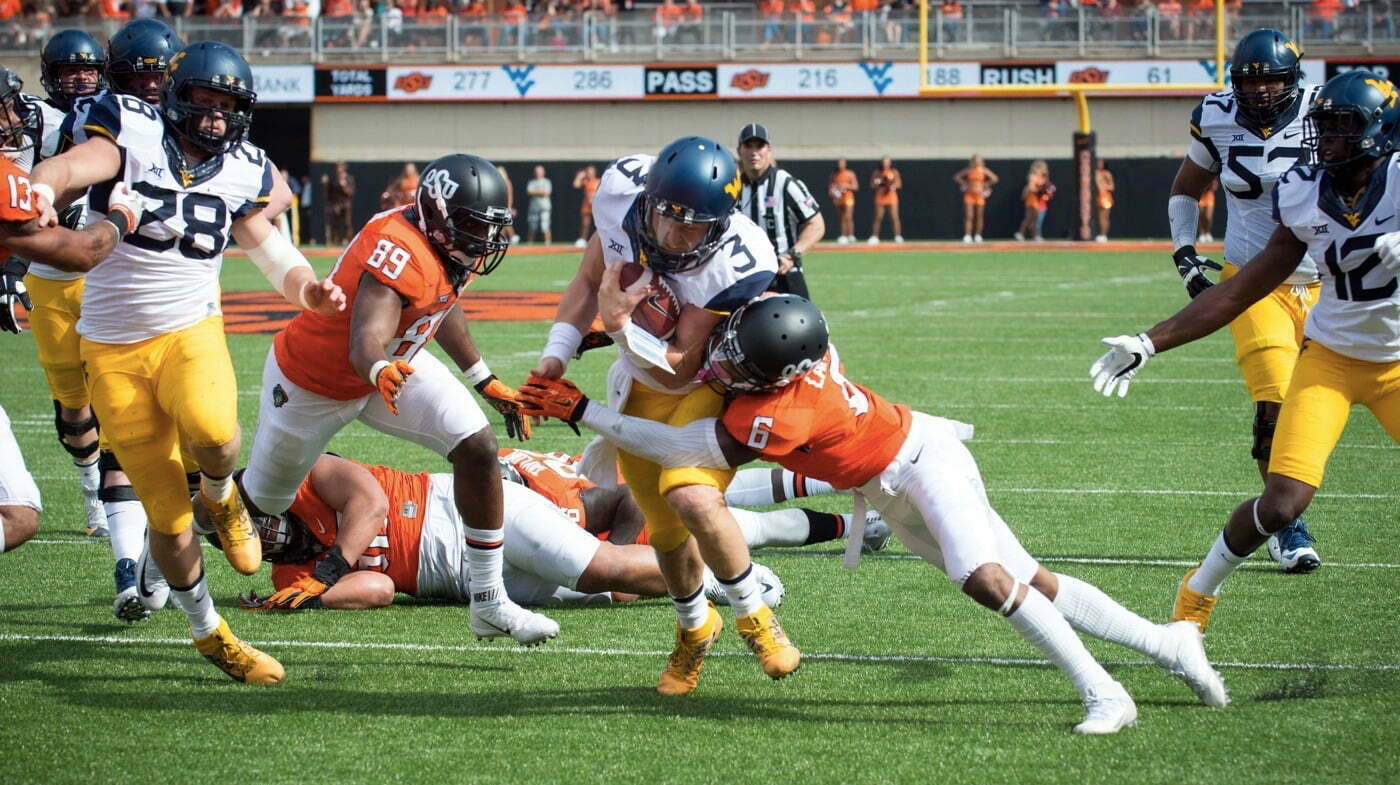 There was really only one number that mattered on Saturday at Boone Pickens Stadium: 100. Mike Gundy notched win No. 100 in tremendous fashion as the Pokes took down a top 10 team.

But there were a few others that stuck out as well. A look at those here.

7: There are only seven active coaches with 100 or more wins with their current team. You can see that list here.

4: OSU has now won four of its first five Big 12 games in seven of the last nine years. That’s a staggering number.

2: There are 71 players nationally with 210 passing attempts or more. Nobody has fewer than Mason Rudolph’s two picks.

11: Jalen McCleskey tied his career high with 11 receptions. he also had 11 against Central Michigan earlier this year.

43: OSU’s average drive on Saturday started on its own 43. That’s a startling number. If that happens every game and you’re even an average team, you’re probably not going to lose many times.

2: WVU has now given up 30 or more points twice this season and 35 or more just once (to OSU on Saturday).