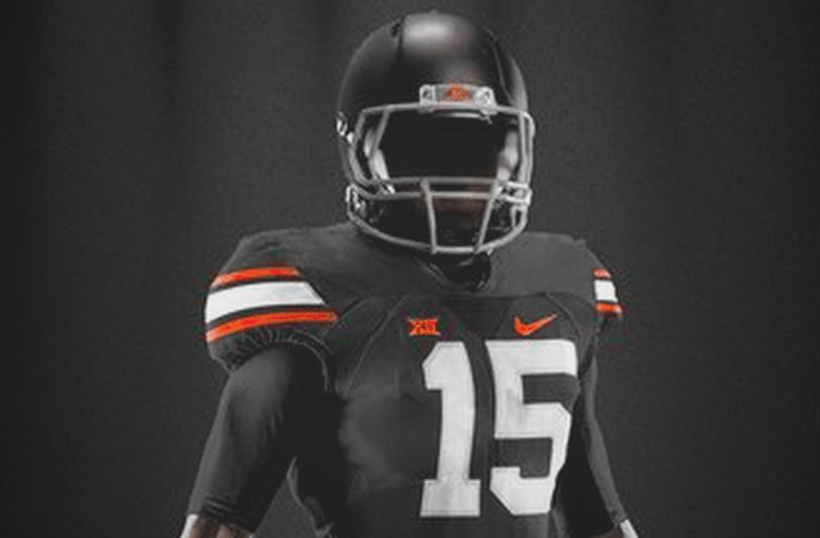 I’m sad this is over. Chris Knox has posted the final uniform in his throwback series. This is one is a two-parter, and it’s a nod to one of the three seasons Oklahoma State has started 7-0 (in 1945).

“As for the set itself, the 1940’s mark one of the few periods that Oklahoma State ever wore whites at home, and were the introductory years for one of the most iconic recurring striping patterns that OSU has worn in its history. When @casdas and I were talking about the ’87/’88 uniforms, he pointed out that Pat Jones actually brought back the Northwestern stripes as a direct reference to this period, and for good reason.”

Awesome. I love the simplicity here. I’ve loved this entire series. It’s been so well done. On to basketball?