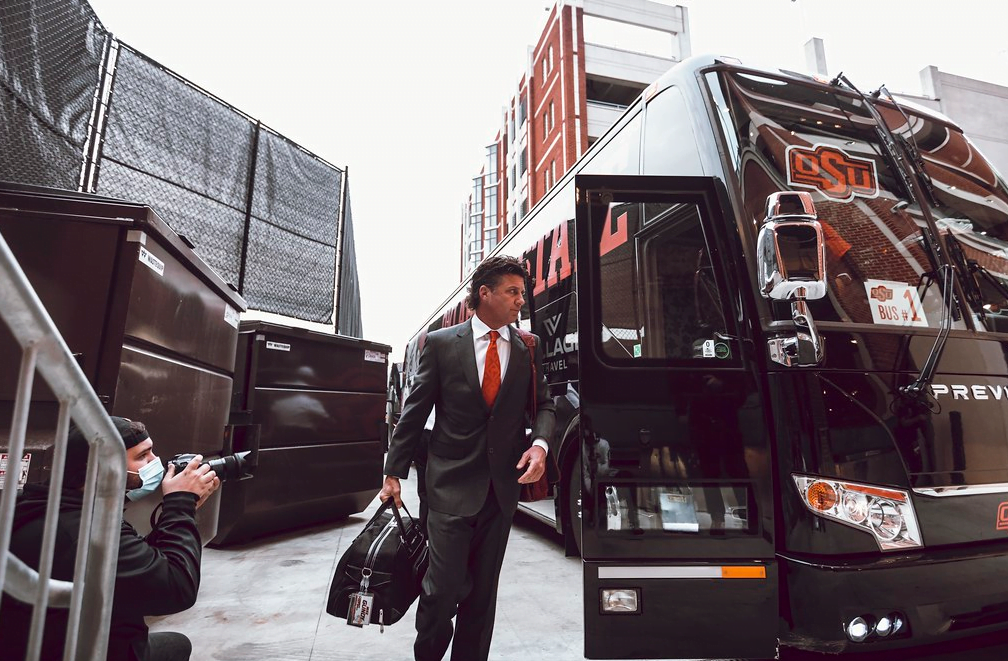 After a lopsided loss to Oklahoma over the weekend, there’s much to discuss. But I’ll make this a two-topic post, and we can hopefully find some depth and nuance in between.

Mike Gundy has two wins against Oklahoma since he took over as head coach in 2005. Two! What rival coach in college football would survive such a lopsided record against a rival team?

Here’s the thing: OU is in the midst of one of its best runs in program history. Lincoln Riley has the Sooners surging towards potentially winning their sixth consecutive Big 12 title.

Coming off a bye with two weeks to prepare, that’s not exactly what you want to hear from a coach you’re paying several millions of dollars per year to.

2. OSU’s got two quarterbacks, which means it has none

Answer: Trending toward believing it

The story of the game — outside of OU’s early dominance — was QB Spencer Sanders going down early. The bigger story, though, might be about the QB position on OSU’s roster.

Shane Illingworth came in to relieve Sanders, and he completed just five of his 21 passing attempts. Sanders came back in, and finished with 10 completions on 19 passing attempts. Regardless of quarterback, this offense lacks explosiveness — an indictment on the quarterback considering the considerable talent surrounding them.

OSU has two capable quarterbacks on the roster who, at times, have shown flashes of brilliance. Illingworth made some nice throws and played some solid games earlier this season when Sanders was out. Sanders has made some nice chunk plays with his arm and legs when he’s fully healthy.

But as the season nears the home stretch, does it feel like OSU has a franchise-caliber QB to build around? In 2014, Mason Rudolph emerged as that dude. In 2020, the answer remains unclear. And making matters worse, OSU isn’t likely to take a scholarship QB in this recruiting class, instead welcoming in Gunnar Gundy, Mike’s son, as a walk-on. (Making matters more murkier in the near-term is OSU’s serious struggles along the offensive line. It’s hard to deliver accurate passes when you’ve got 8 defenders in your face as soon as you catch the snap.)

Illingworth looks the part and has the arm, but still needs polish. Sanders can make every play in the book but hasn’t done so on a consistent basis. The hope is that one of these two figure it out — and the offensive line gets and stays healthy. Ideally, both things simultaneously happening would be marvelous. Otherwise OSU may have two good quarterbacks, a banged up offensive line and no real threat of explosiveness from the most important position in football.