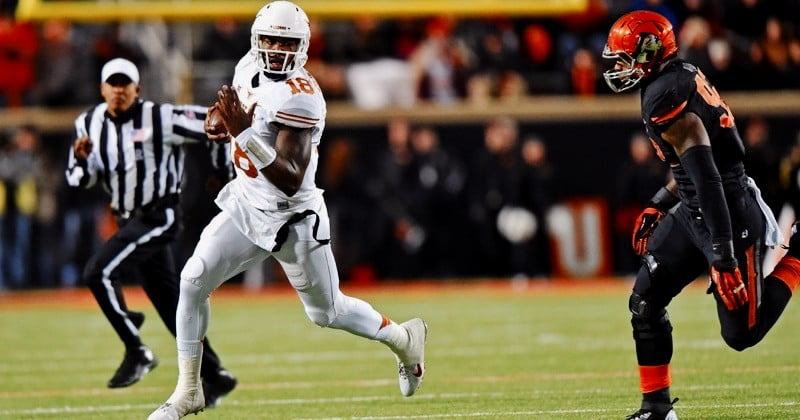 Early lines[1. And to say these lines are early is to say Glenn Spencer is mildly excited about the sport of football.] have been released for the 2015 college football season and … uh.

Oklahoma State is favored in one of the six games ESPN listed recently via the Golden Nugget’s lines on the 166 of the biggest college football games of the season. Yep, one.

Texas and OU, I get. I guess. They are the collective Tiger Woods (along with Notre Dame, SC, Alabama etc.) of college football. That is, Tiger Woods is 40-1 to win the British Open right now. If you played the thing 4,000 times, he wouldn’t win it once.

But the general public doesn’t care. One linesmaker put it to me like this. “They don’t want to miss it, like ‘wow, the one time he is (what he once was), I didn’t bet on him.'” You can replace “he” with Texas and/or OU.

As for the rest of the games? I guess OSU has struggled in Morgantown. And Baylor and TCU will be good. I don’t know. It feels like stealing.

The thing is, some sharps already are. Three of OSU’s lines moved within the first hour towards Oklahoma State.  Here are those new lines:

Pretty interesting. Although I don’t feel as confident in any of those numbers as I do taking OSU over seven wins.