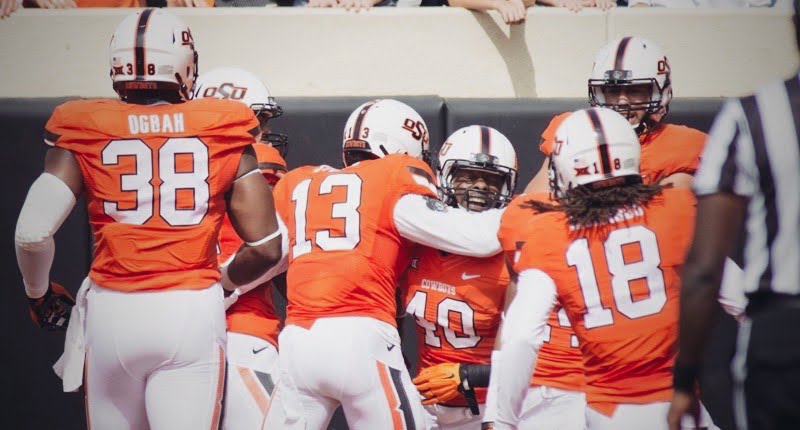 Is Oklahoma State the quietest top 10 in the history of college football? Could be. Its players think so anyway.

“I’ve been feeling like we’ve been getting slept on,” Devante Averette told the O’Colly. “But eventually, they’re going to wake up. I feel like we’re a great team. I always feel like we don’t get as much credit as we should, but we fixing to prove that. But either way it goes, if we get the W, that’s it for us. We don’t care about anything else.”

OSU now has the fifth-longest streak in the country even though they’re rarely mentioned among the top dogs of the sport this season. I get that, I suppose. What is OSU’s best win? At West Virginia? At Texas? Are those teams any good? Even though the perception nationally is that they aren’t, road wins in the Big 12 are tough to come by.

If OSU can somehow get by Texas Tech in Lubbock this weekend, it’s all systems go for November.[1. We play at Iowa State in November, I realize it. I’m trying very hard to ignore it.]

That quote from Averette, by the way, wasn’t even his best of the last week. Look at what he said after the game on Saturday about his interception.

“All I could think was score. I always tell my teammates if I get my hands on it, I’m going to score. It’s the second game in a row, first West Virginia and now Kansas. It sickens me that I didn’t score.”