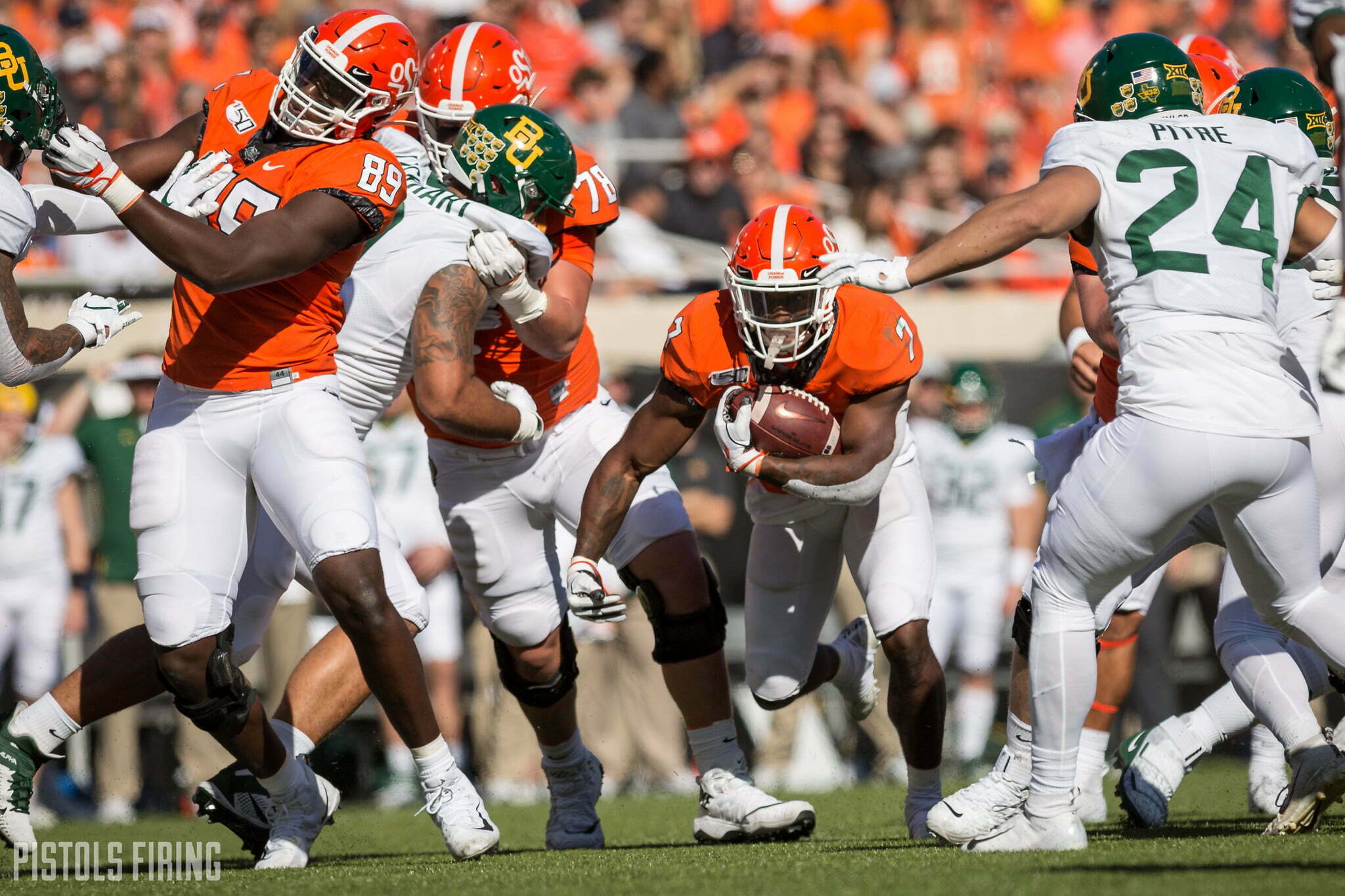 I imagined writing more about Spencer Sanders and Kolby Harvell-Peel in mid-July than the Center for Disease Control and antibody counts, but here we are. The middle of a global pandemic with football less than two months away and seemingly more uncertain by the day.

Let’s dive into five thoughts I’ve had this week about OSU playing in the fall, in the spring or at all in the 2020-21 school year.

1. Spring season seems likely (?) — I’m not reporting this. I’ve not talked to anyone about this. I’m just going Occam’s Razor here. It seems that the most likely (and best) scenario for college football right now is that it is played in the spring. There are myriad reasons for this, not least of which is that that seems like what the Ivy League is going to do. Also, go read this on the Big 12 or this on time running out overall to shoehorn the season into this fall. Some of the ways we’re talking about this stuff are completely insane. The most logical solution, and I think ultimately the one that will best for athletes, fans and budgets is playing conference-only games all or mostly in the spring.

“Absolutely [it’s feasible to play in the spring],” OSU athletic director Mike Holder said at the end of last week. “It might not be preferred but, yeah, anything’s possible and I think our athletes, they just wanna play.”

2. If fall happens, nonconference seems out of the question — Again, Occam’s Razor. It takes moving heaven and earth for a singular school to get on the same page here, how much more so a set of 10 schools and then how much more so a set of five conferences of 10-14 schools each. The biggest entity that I believe could possibly align here in terms of unity around testing, protocol and travel is a single conference. And while all five conferences will likely come to similar conclusions, I think travel will be the X-factor around why nonconference games aren’t played.

In the sport I cover at my day job — golf, and primarily the PGA Tour — traveling from city to city has been the most difficult part of the equation. You say you’re creating a bubble, but many people are allowed to enter and exit at will and they’re coming in from all over. And this is in the most socially-distanced sport. I think unnecessary (large range of definitions there!) travel is an easy part of the equation to remove and help improve the overall solution, and I think that’s what will happen (again, if football is even played in the fall).

3. 😬 — This on CFB not being played at all from CBS Sports was tough to read.

Football provides 80% of the revenue for the average FBS budget. Given the growing and dire collegiate budget crisis already in play, perhaps schools themselves would fold.

Iowa State AD Jamie Pollard called the prospect of no football “an ice age. I don’t know how any of us, how the current NCAA model, could survive if we’re not playing any football games.” [CBS Sports]

You could counter it with “wait, these conferences are still going to get absolutely paid over the next 10 years,” but when you live paycheck to paycheck — so to speak — what happens eight years from now might not matter. Do you take out a $50 million loan just to make it to eight years from now? Can you do that? Is it allowed? Many questions, few answers. Much like the last four months.

I’ve struggled to get my head around some of the seriousness — or maybe the reality — of all of this from an organizational perspective, but it has become apparent that nothing that touches our worlds (literally and figuratively!) will ever be the same again, and that maybe the biggest cultural consistency we have — sports — is not immune to any of this. That’s both humbling and sobering.

4. Immunity — (Not to go all Gundy here but …) within all of this the question that’s been itching at the back of my mind is as follows: If it’s true that you can’t get the virus a second time then should teams try and create immunity within the locker room to take on the season. That’s extremely unethical and not advisable, but players also might choose do to it for the sake of the season. Here’s what the CDC says about contracting the virus a second time though.

We do not know the degree to which previous COVID-19 illness protects against a subsequent SARS-CoV-2 infection or for how long persons are protected. Currently, serologic testing cannot be used to determine if this person may be reinfected. [CDC]

5. 2020 Stinks (2021 might not) — It’s an OK thing to admit that this year has been the most disappointing of our adult lives. That’s how I feel, and that’s probably how you feel, mostly because it’s true. OSU football and college sports are a small part of that, but they are a microcosm of global frustration. I remember driving back from the Texas Bowl at the end of December 2019 eight years ago thinking (dreaming!) about how exciting 2020 was going to be. How fired up I was for it. Almost every single thing I thought (dreamed!) about has been decimated. There’s great sorrow in that reality, but there is also great hope (I’m preaching at our church this weekend on this very thing).

For OSU, too, how exciting might 2021 be? What if 2021 includes 22-24 football games, Cade Cunningham torching the Big 12 and going No. 1 overall, a restoration of GIA as a monster and a reinstallation of Mike Gundy as an institutionally-great leader? That’s what’s on the table if this CFB season gets canceled and bumped to 2021, and boy where do I sign up for that 12-month slate?

6. (Bonus) NFL Draft Effect — Many people are saying (on the blogs and the socials) that a NFL Draft would hurt teams with big-time prospects. While that could be true of OSU with Tylan Wallace and Chuba Hubbard set to exit stage right for pro ball after this season, I have a hard time envisioning them shunning the NFL once, locking in through the Gundy stuff and then … ejecting a few months early? Maybe Chuba, although it feels like he’s tethered himself to being one of the lead voices in the CFB world so I’m not sure peacing out makes a lot of sense for what he wants to accomplish collegiately or socially. Also, I’m not sure he’s a high enough prospect for this to matter at all. While I do think some players might skip a shortened spring season, I don’t truly believe any of them are on OSU’s current roster. And as Stewart Mandel recently pointed out, a spring season might greatly benefit the Wisconsins and Oklahoma States of the world.