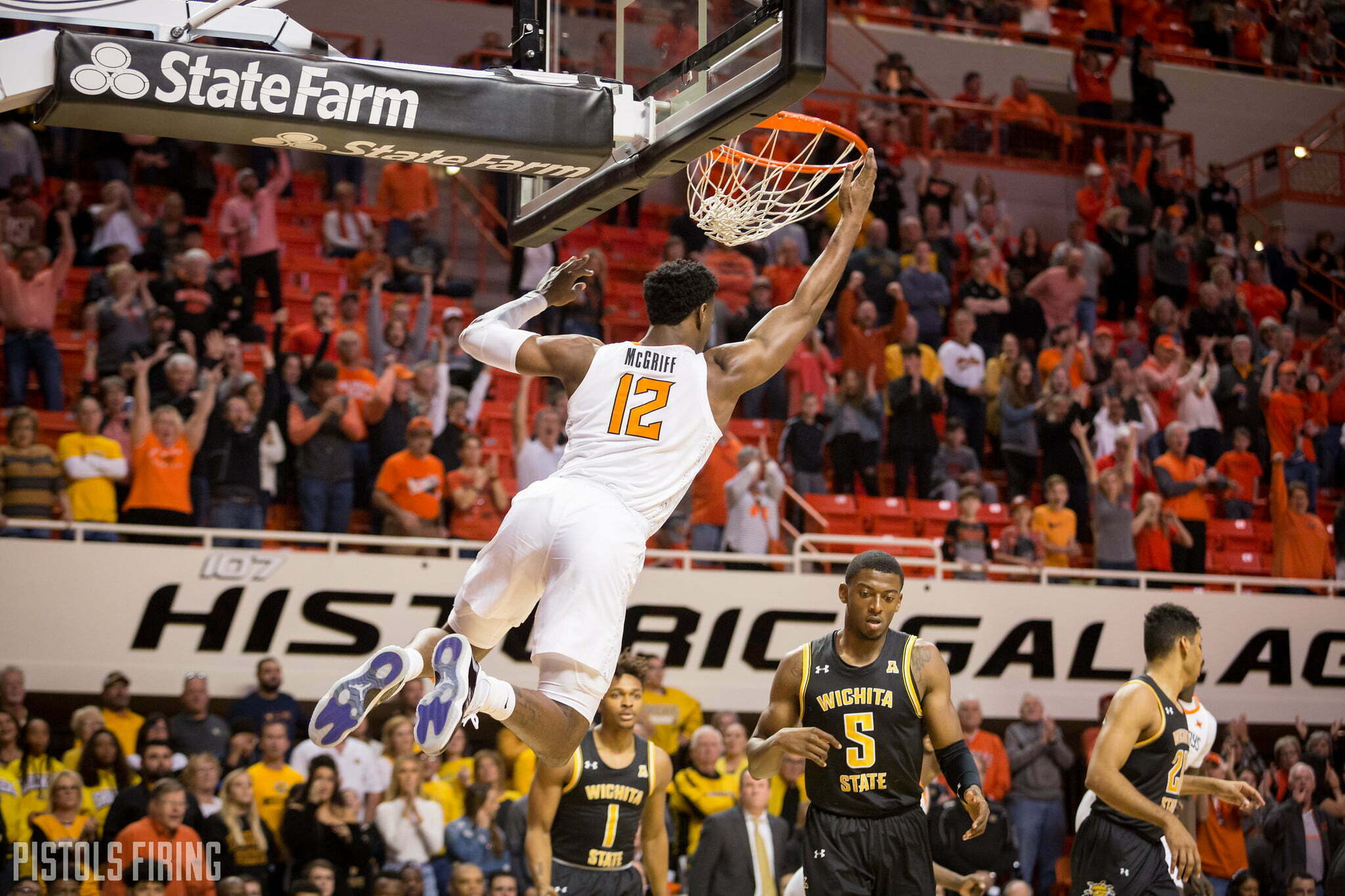 Oklahoma State beat Texas A&M 73-62 on Saturday in College Station, in what was a fairly controlling performance from the Cowboys. This is the Pokes’ first win of the calendar year (decade), coming in the Big 12/SEC Challenge after starting Big 12 play 0-6. Here are five thoughts from the streak-breaking W.

Mike Boynton is now 4-0 against the SEC in the past two seasons and is 4-2 against the conference he used to play in overall.

Here are those games:

There are no moral victories, but that Arkansas loss came on the road when the Cowboys were without starters Kendall Smith and Tavarius Shine in Boynton’s first year. Things were so drastic that Trey Reeves scored in the first half of that game, and OSU still almost won.

A&M is a middle-of-the-pack SEC team, and the Aggies couldn’t hang with the Pokes at home. Like OSU, Ole Miss is winless in its conference, but the Cowboys proved to be 41 points better than the Rebels on a neutral floor.

Unfortunately for the Pokes, they aren’t in the SEC, and the Big 12 doesn’t care how you performed out of conference. Boynton-led Pokes are just 13-29 in Big 12 play across his first three seasons. That’s something that will need to change if this program is going to get back to what it once was, but this 10-team death league is no cakewalk.

Cameron McGriff hit 1,000 career points in quite a poetic way, a put-back jam.

In some more Cam McGriff fashion, he took a charge from Jay Jay Chandler on A&M’s ensuing possession. Chandler then took a nice stomp on McGriff’s face and got thrown out of the game.

McGriff is the 43rd player in program history to hit the mark, the most recent being Lindy Waters who got there Jan. 6. Waters, by the way, went after Chandler after the aforementioned face stomp.

It took longer than expected for McGriff to get the one point he needed to reach 1,000. McGriff had two early fouls that put him on the bench most of the first half. Then at the start of the second half, McGriff snagged foul No. 3, but he finally got there.

“It’s cool,” McGriff said Thursday. “It’s something that I’ve thought about throughout my time, like when I signed my national letter of intent, that was one of the things that I figured I will have accomplished. Another thing was to go into the tournament my senior year. That’s another thing we’re trying to work toward. It’s a cool individual goal, but I’m bigger on the team ones.”

OSU’s sophomore smash bros impacted Saturday’s game in ways followers of the program expected them to impact this entire season.

Isaac Likekele bullied his way to 13 points (66 percent shooting), four assists and no turnovers. He had two dunks (not something he does all that often). Both were bullying, but in two different ways.

In one, he held off a helpless defender in the post off an inbounds play.

Then he had a clear path downhill before Josh Nebo, A&M’s center, got in the way (but not in a good way for him).

As for Anei, he hit double figures for the first time this decade. He had 11 points, nine rebounds, three assists and four blocks. He looked like the Yor Anei who was the MVP in Brooklyn earlier this season, not the Yor Anei who had scored just 17 total points in his first six Big 12 games this season.

*Insert joke about OSU not having a bench last season*

Now that that is over, the Cowboys might finally be figuring out how to use this newfound depth. OSU outscored A&M 39-23 in bench points.

It helps that Anei came off the pine. So did Thomas Dziagwa, who started all of last season an much of this season. He put up 12 points (all 3s). And Jonathan Laurent built on his solid outing against Iowa State, scoring 12 points on 80 percent shooting.

OSU is at its best when Likekele and Anei are the team’s best players, but if that happening can enable other guys to have nights like this one, OSU could be solid. It’s nights where Likekele is recovering from sicknesses and Anei is in foul trouble that OSU looks like it did during most every other game this calendar year.

5. Can This Be a Launching Pad?

Depending on how Monday’s game against Kansas goes, I might not get to reference this too much longer, but in Brad Underwood’s lone season in Stillwater, the Cowboys started 0-6 in Big 12 play and made the NCAA Tournament.

After Underwood’s 0-6 start, OSU went on a five-game winning streak and one of those games was a double-digit victory against an SEC team (Arkansas).

I asked McGriff about that season, his freshman season, providing hope for this squad that the tournament is still a possibility.

“There’s only four of us who were on that team,” McGriff said. “We can only tell the freshmen. The hope has to come from within, in the belief among ourselves. Because when I was a freshman, the first time it happened, there was really no, ‘Such and such went 0-6 before.’ There’s nothing really to go back and reference to. We really can’t think about that because it’s a completely different team.”

It’s true, and in all honestly, this year’s squad has probably struggled more than that team did. But here is another weird coincidence: during Underwood’s six-game skid, OSU lost to No. 2 Kansas by seven; during this team’s six-game skid, the Cowboys fell to No. 2 Baylor by seven.

So, get your tinfoil hats on and get to GIA for a big game Monday night.