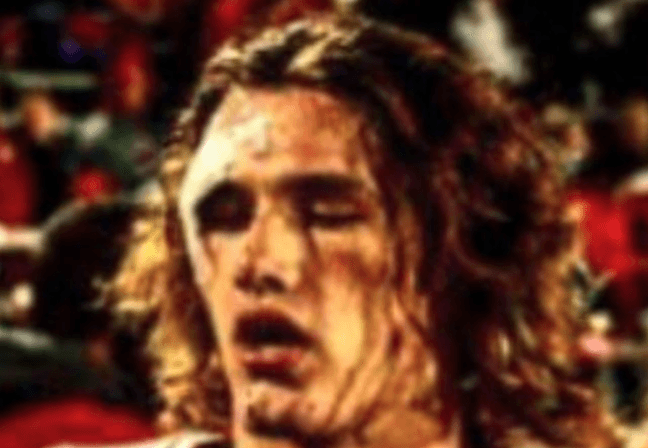 Oklahoma State has only one prospect committed in the 2017 class, but that prospect is a future star at linebacker: Levi Draper.

Draper has offers from Clemson, Auburn, Florida State, and is still being pursued heavily by OU and Alabama, but remains committed to his verbal commitment he made earlier this year.

Glenn Spencer made a visit to see the standout linebacker on Friday, but unfortunately Draper suffered a broken nose that required stitches.

“I’m straight, got a broken nose and 20 stitches, but I feel way better today,” Draper said on Twitter Saturday. Check out the battle scar aftermath that was posted to twitter: