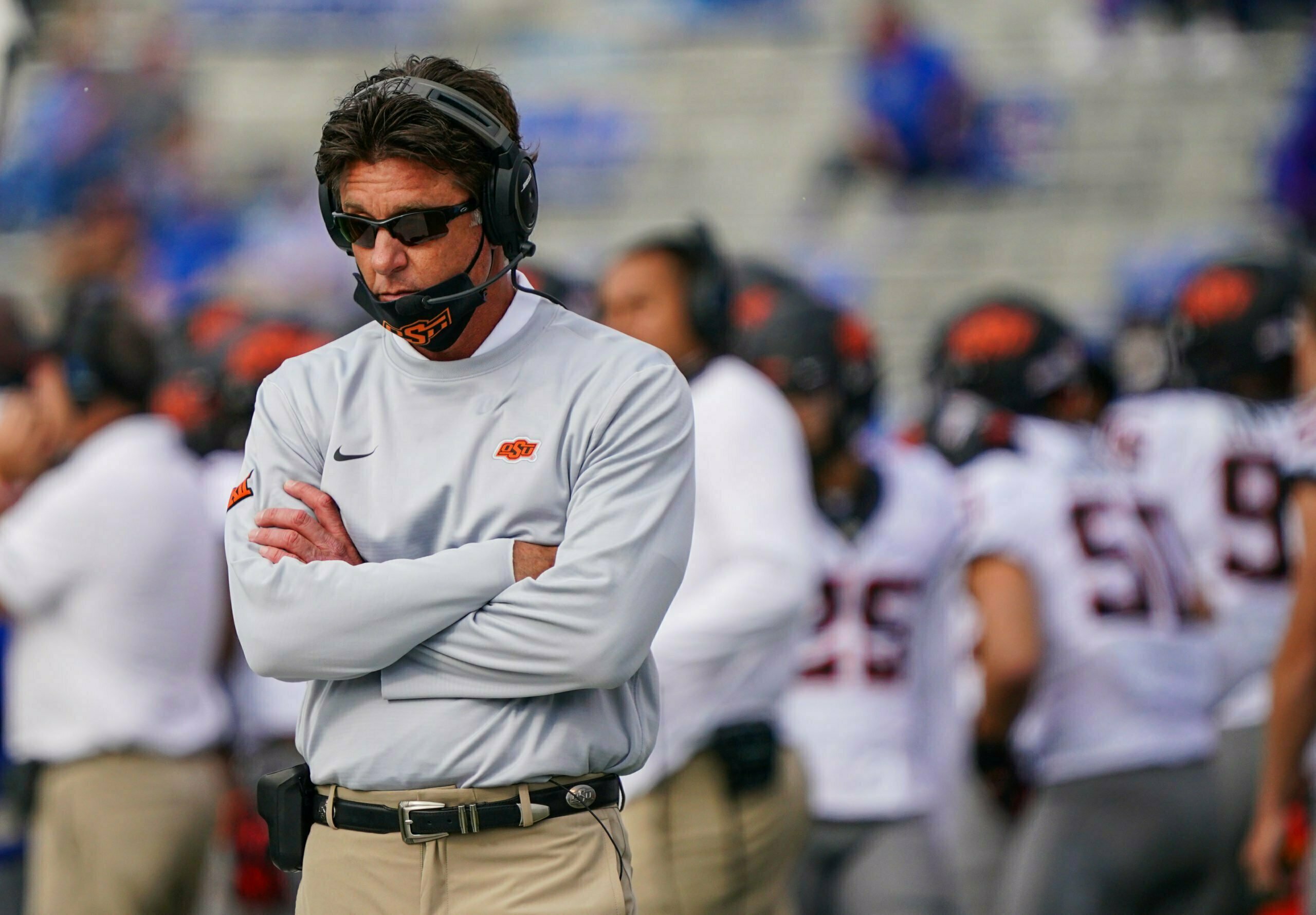 For the sake of COVID, each Big 12 team had two bye weeks built into their schedules this season, but the postponement of the Cowboys’ game against Baylor this week came at an awkward time.

Baylor and Oklahoma State were each coming off a bye week when a large amount of positive COVID tests on Baylor’s side caused the game to get pushed back. Without that game this weekend, only two Big 12 teams are playing: West Virginia and Kansas.

So, it seems logical that OSU would want to get a game in while its players were healthy, but even with hardly any Big 12 teams playing this weekend, but Pokes couldn’t find a replacement for Saturday.

“Coach [Mike] Holder and I discussed trying to find another opponent for this week,” Gundy said Thursday. “We were unsuccessful. I’m not sure exactly how many people, or coaches I should say or organizations, that we were able actually to pursue, but we had those discussions based on we’re trying to play as many games as possible while we’re healthy and take advantage of Saturdays.”

Gundy said OSU’s first choice for the weekend would’ve been a Big 12 opponent.

Having already played West Virginia and Kansas (and with Baylor out because of COVID-19), that leaves literally every other Big 12 team as a possibility, with all six of them being on open weeks. The two open weeks were set to provide outlets for makeup games, so it seems like a missed opportunity on the Big 12’s part to have seven healthy teams sitting idle Saturday, especially when one game has already been pushed back.

It’s not as simple as pairing two teams up. There is figuring out travel and hotels and stadium staff. So it might take more than a week’s notice, but if there is a logjam of games the Big 12 has to try to get in at the end of the year, we’ll all look back on this Saturday where seven healthy teams aren’t playing as a missed opportunity.

“I think you hope that you don’t have an outbreak, and it could happen at any time,” Gundy said. “If it happens, then there’s a chance that you might miss two games, if not significant players for at least one. When you have a group that’s ready and healthy based on our testing, we just hate to let a weekend get by without playing a game.”