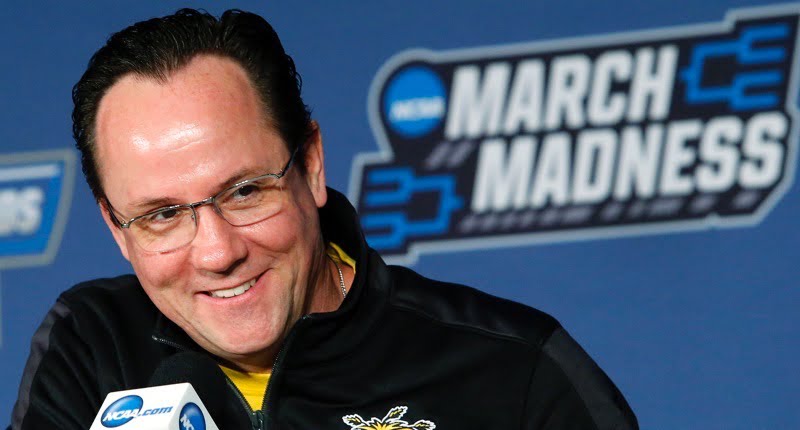 Here is my plan for the next few weeks until Mike Holder hires somebody to coach Oklahoma State hoops.

1. Cover the OSU coaching search from every angle
2. Discuss all the fun rumors and what ifs that go along with coaching searches
3. Drive the Gottlieb2Stillwater train

In that order. We’re going to talk about potential candidate, discuss the pros and cons of them all, throw wild rumors out there with the caveat that, you know, they’re wild rumors and (hopefully) have another podcast with Gottlieb making his case for the position.

It’s going to be fun. I hope it’s not going to be too serious (it’s sports, people!) and, more than anything, it’s going to fascinate. So first up, a list of real candidates all of whom would be considered by some to be lights out hires.

Bill Self is not walking through that door, and nobody should pretend like he is. So let’s start at the top with the realistic dream candidates for Oklahoma State.

Again, like Carson and I have talked about, these are all lights out hires. They aren’t assistants at Power 5s or head coaches at tiny schools you’ve never heard of. You could convince me any of them would be great in Stillwater. And I’m not going to pretend like I’ve talked to anyone involved here. These are simply hot names combined with fun ideas combined with the lists of people who actually have #sources.

Let’s have a quick look (we’ll go more in-depth over the next few weeks).

Winning percentage at current school (Ford won at a 58 percent clip at OSU).

The dream hire as it stands right now.

He’s 3-2 against Marshall in the last three years. During my YouTube research this weekend, he might be the one who intrigued me the most. He wouldn’t be splashy, but I like him a lot.

Three elite regular seasons combined with tournament success. There’s a lot to like here. There’s something about him I don’t love, though. I can’t put my finger on it. It doesn’t feel like he would be a great fit in Stillwater for some reason. He coaches like a Frank Martin-Bob Huggins hybrid (i.e. he seems like a little bit of a maniac). For a fan base that almost lost its mind when Travis Ford said a couple of curse words, I’m not sure how endearing he would be.

Numbers are a little unfair here because VT won nine games the year before he got there. They won 20 in his second season. He’s my No. 1 non-Doug candidate.

Another guy who has won more games each year he’s been at USC. He clearly knows what he’s doing but also sort of bugs me for reasons I’m not totally aware of. I know these aren’t good reasons to discount somebody from a head coaching gig, but this entire thing is predicated on three things: resume, personality and ability to handle other people. The first is an objective thing. The other two I can only glean through interviews and YouTube press conferences (which is actually a fascinating way to glean them). Thus the odd (and seemingly random) comments about how certain guys rub me the wrong way a little bit.[1. Some might the same about Douglas.]

You guys know how I feel by now.