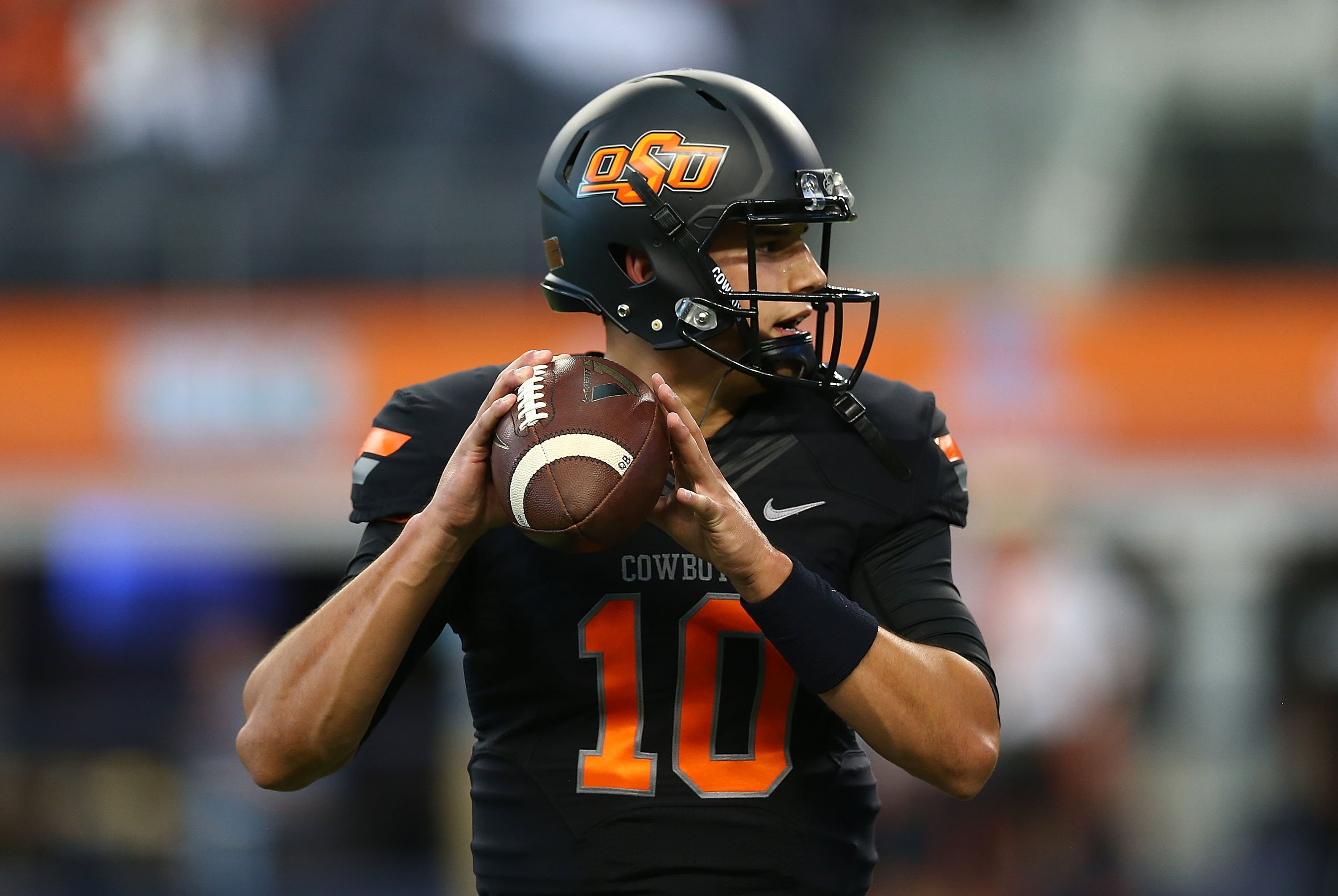 That doesn’t mean you shouldn’t field a competitive squad in 2014 but a stalled-out offense and too-young defense is going nowhere fast and now everyone knows it.

That future is part of the reason Mike Gundy was asked after the TCU game if he considered playing freshman Mason Rudolph.

Not something he’d discussed at that point. Then today Bob Barry Jr. — who isn’t in the business of floating ridiculous rumors — said this on his Sports Animal show.

“I’m hearing more and more that Mason Rudolph could play before the end of the season. Possibly this week.”

Good work by CRFF on snagging that, by the way.

I’ve gone back and forth on this so many times I’m not sure what to think. I’m pretty sure Daxx isn’t a long-term answer but he’s stared at the sky more than an astronomer this year so I’m not sure we know that definitively.

Then there’s the JW Walsh problem. When he comes back does he get the job or do you keep playing Daxx? And what is the 2015 plan?

Are you playing Rudolph just so he won’t transfer and he is good enough to usurp a senior in Walsh next year? Does getting him game experience even mean anything when your offensive line is often borderline non-existent?

I have a lot of questions about this entire situation and you can bet Gundy will be asked all of them in his weekly press conference today.

Mike Gundy says Oklahoma State not helping Daxx Garman enough to even think about making a change at QB.