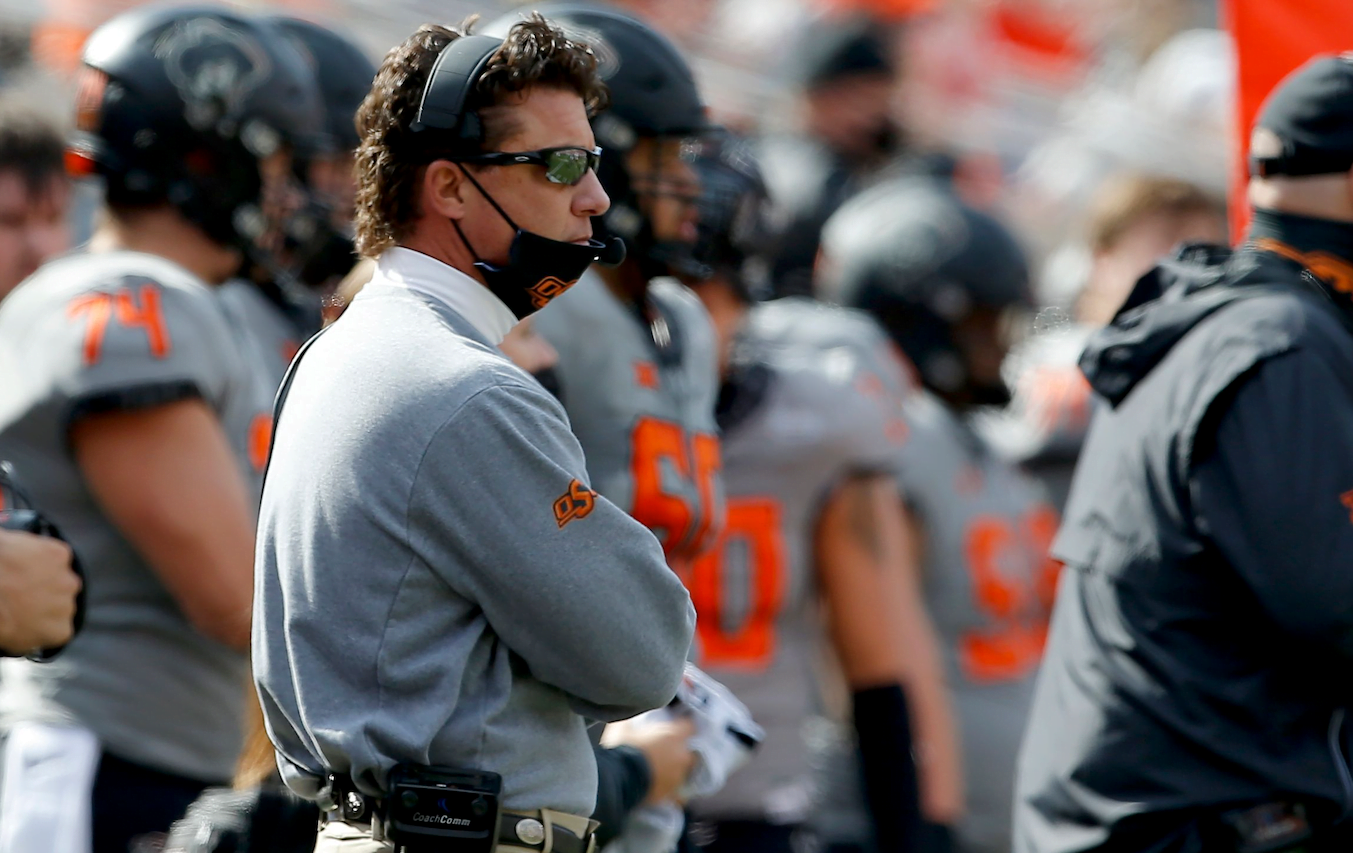 On Saturday afternoon, No. 6 Oklahoma State handled No. 17 Iowa State in a game that, more or less, it controlled from the jump.

OSU had more passing yards, and one fewer rushing yard.

OSU took the lead early in the second quarter and never trailed again.

And yet, Saturday afternoon there were still takes out there like this one.

Do not be fooled. This is blueblood propoganda at its peak. In each year OU has made the playoff, it has done so with a loss on its resume. Should OSU end the season undefeated, of course it would be in the playoff. Zero question.

It’s funny how the narrative shifts based on teams. If OU was the team that entered Saturday undefeated and took down a top-20 Iowa State team, we’d see folks locally and nationally raving about OU because of a championship caliber defense, or Lincoln Riley’s brilliance, or how OU is without question the Big 12’s best hope at making the playoff.

But OSU has a chance at the CFP? Really? We’re doing this?

Look, I’m not ready to crown this OSU team. They’re 4-0 not 14-0. And they’re best win to date is over an Iowa State team that, outside the OU win, has looked far from flawless. I’ll admit as much.

But we should be ready to concede that this OSU team might just have the goods. The defense ranks top five nationally in opponent points allowed per play, better than the likes of Clemson and Alabama. That unit is stifling teams in ways we haven’t seen under Mike Gundy. They’re winning — dare I say it! — with defense.

Maybe that’s hard to grasp as an OSU fan. Maybe, because OSU is typically winning shootouts with offensive fireworks, it’s thrown national folks off the scent, and they haven’t become believers just yet. OSU doesn’t normally win with defense. But maybe, just maybe, this is what the new normal looks like in 2020. Amidst a global pandemic where nothing is the same, OSU is winning in ways it has never won before: with its stout defense. Unusual or not, it’s time we put some respect on this team and start believing that a four-game sample — with quality wins already over Tulsa and Iowa State — is no longer a fluke.

This is the best team in the Big 12 — and the league’s best hope at making the playoff — until proven otherwise.