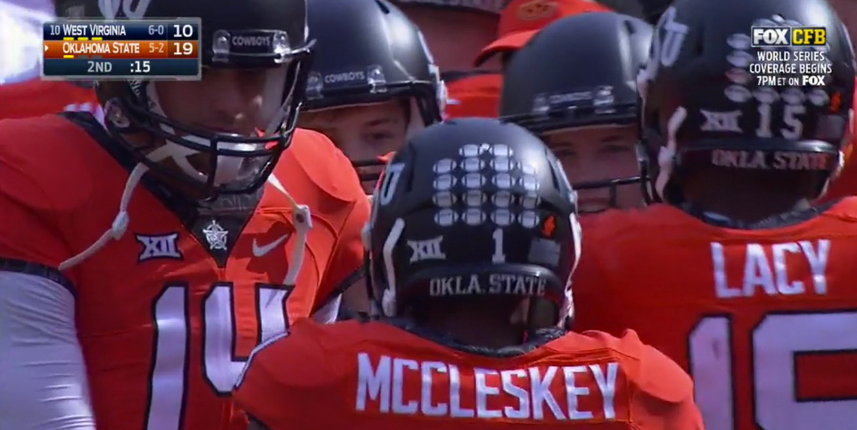 Oklahoma State broke out some sweet new (or old?) throwback helmets for homecoming against the Mountaineers on Saturday. And on top of the sweet new lids, there’s also an added feature: Helmet stickers, which aren’t for performance, but rather to honor those who have lost their lives in the plane crashes and the homecoming tragedy from last year:

And here’s a closer look:

I’m a yuuuge fan of the helmets, no doubt. But more than that, it’s a special touch for OSU players to honor the fallen with something as simple as helmet stickers. I’m not saying OSU should go full tOSU, but I wouldn’t be totally opposed to seeing helmet stickers become a mainstay. Very classy gesture and well done by OSU.