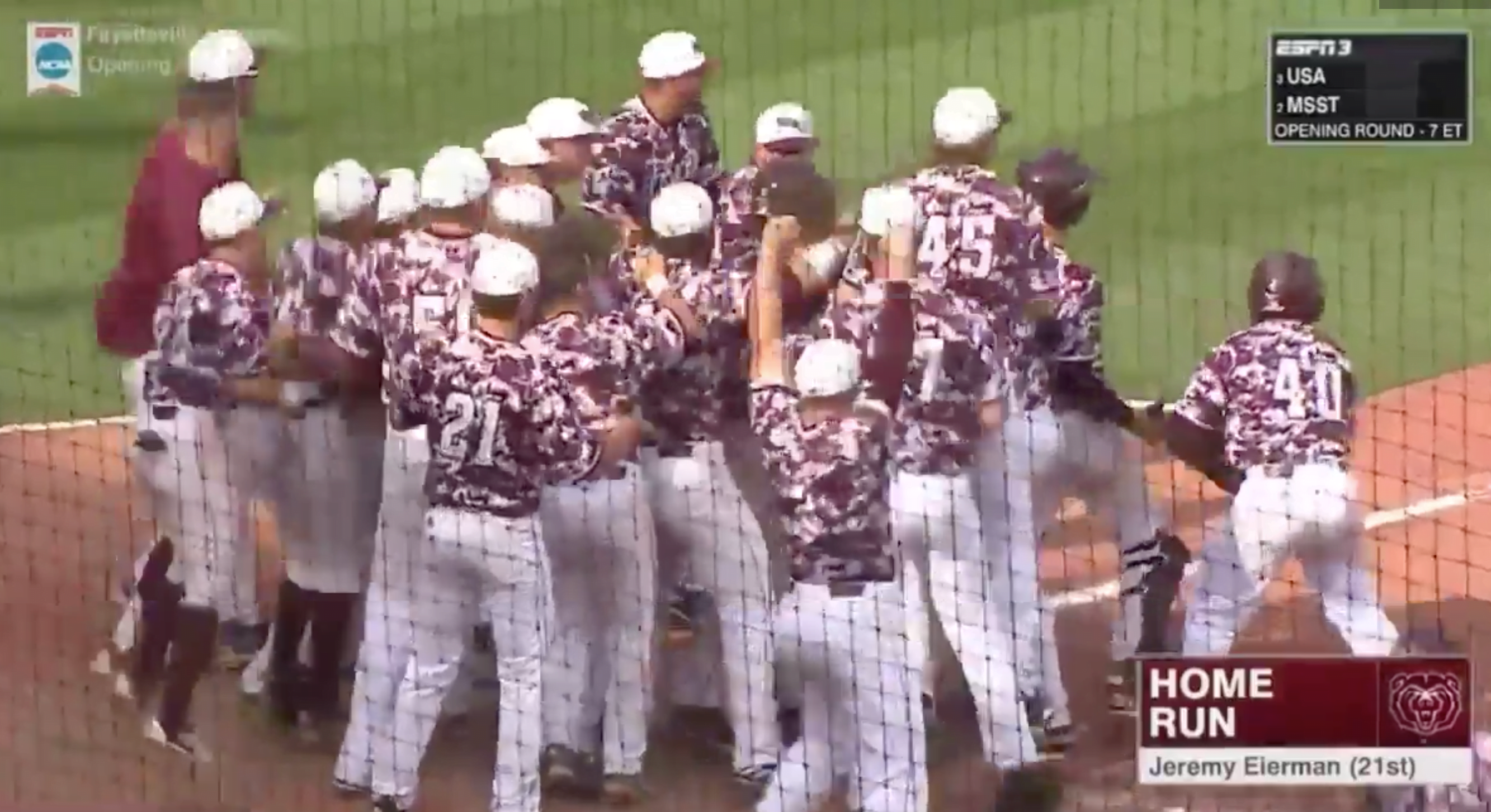 Well … that did not go like I thought it was going to.

The Cowboys improbably got a two-out single from Garrett McCain and a two-out triple from Garrett Benge to tie it up at 4-4. For Benge, it was his fourth hit of the day and a completion of the cycle.

He scored with catcher Colin Simpson at the plate on a wild pitch to put the Pokes up 5-4. Simpson was narrowly nabbed at first base on a rip down the line, and on we went to the bottom of the 9th.

#okstate leads after a wild pitch. Up 5-4 going to the bottom of the 9th. Incredible. pic.twitter.com/idp8Z8M1B2

OSU has felt like a team of destiny for the last two weeks, and this seemed like the latest chapter in its crazy run through the Big 12 and into the NCAA postseason.

Pitcher Trey Cobb, working on his third inning of relief, took that 5-4 lead into the bottom of the 9th and gave up a single to first baseman Justin Paulsen. Cobb, who recorded six strikeouts on the day, retired the next two batters before shortstop Jeremy Eierman did this.

It was Eierman’s second dinger of the game and 21st on the season.

“That was an amazing college baseball game, and we just happened to end up on the wrong side of it,” OSU coach Josh Holliday told reporters. “Both teams played well, just a lot of courage on display out there on the field. The right guy, sometimes someone on the other team does something special and they have a moment. I’m proud of my kids, it was a heck of game, a tough one to lose. But in the end, I just think that’s a postseason college baseball game played at the highest level.”

It really was. By the end of the game I was just shaking my head at the absurdity of it all. Like a terrific Round 1 or Round 2 NCAA Tournament game.

The crazy part about Eierman’s walk-off homer is that it didn’t even look like he hit it that well. Alas, the Pokes lost for the first time in over two weeks and will face the loser of the Arkansas-ORU game in an elimination game at 2 p.m. on Saturday. OSU is 1-0 against Arkansas this year and 1-2 against ORU.