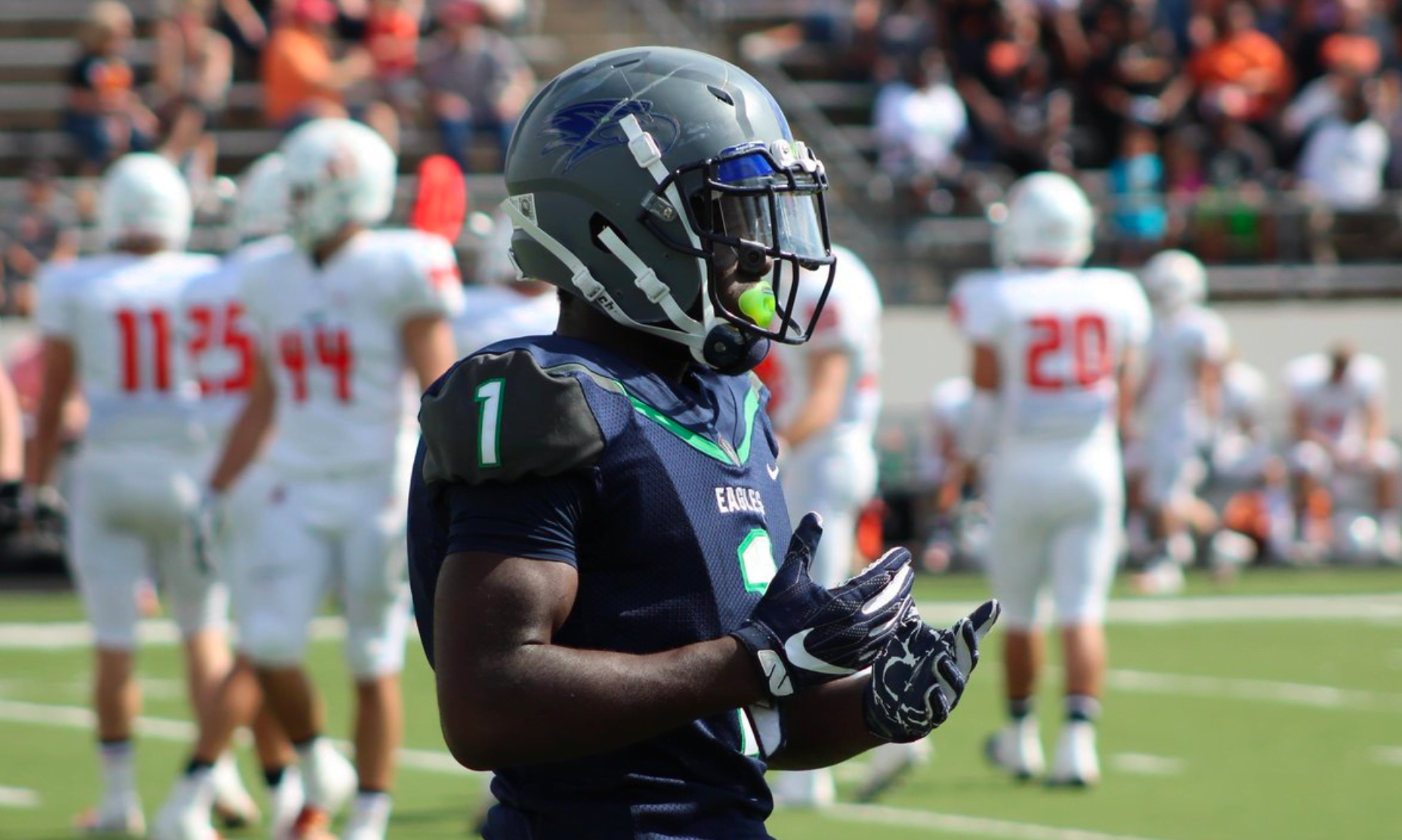 This is going to be a busy weekend for Mike Gundy and Co. in Stillwater. Not only do players start reporting to campus for fall camp, but a number of important recruits will also be stopping into town.

This post will be updated as we gather more information regarding recruits planning to visit.

What I believe will end up being on of the two most important visits of the weekend is 6-foot-2, 225-pound tight end Barclay Ford. The three-star recruit from Forney, TX doesn’t currently have an offer from Oklahoma State, or any D-1 program at the moment.

Ford had a solid junior season catching 51 passes for 820 yards and three touchdowns. OSU obviously still has other tight ends they’re targeting, but after losing a commitment this past week, I can see them making Ford an offer this weekend (or at worst keep him on the back burner until closer to signing day). If they do, it may not be long before he accepts.

The other most important visit of the weekend is 6-foot-2, 232 lb. tight end Tyrick James. The 3-star recruit from China Spring, Texas also does not yet have an offer from Oklahoma State. However, he does hold offers from Kansas State, Louisiana-Monroe, SMU, Texas State, and Tulane.

With Nic McTear decommiting earlier this week, the Cowboys are back on the market for a tight end for their 2018 class. I expect them to offer either one of Ford or James, if not both to see how the chips sort themselves out.

OSU will get a visit from 6-foot, 170-pound cornerback Marcus Banks. The 3-star recruit out of Houston, TX does not yet have an offer from the Cowboys, though I, along with Kyle Boone, expect that to change this weekend.

Banks does have offers from four other schools; Texas, Baylor, Texas A&M, and Tulsa. As of now (and I know it’s early) the Longhorns are the favorites to land Banks, according to 247Sports.

As we noted earlier this week, 4-star running back prospect Isaiah Spiller from Spring, Texas will make a trip to Stillwater.

OSU offered Spiller back in June joining Oklahoma, Baylor, TCU, Texas A&M, Houston, Iowa State, Oregon, SMU, Rice and Tulsa. As of now, 247Sports has the Aggies as the overwhelming favorite to land him, which makes sense given the fact that his father is a Texas A&M alum.

2019 athlete Garcia Breylon will be making an unofficial visit to Stillwater this weekend.

The Cowboys are reportedly looking at the 6-foot-3, 210-pounder to play tight end. During his sophomore year, Breylon played both wide receiver and defensive end. It will be interesting to see if Breylon is interested in moving to tight end, or if he would rather go to a school that keeps him at wide receiver or defensive end.

Finally, the top ranked center in the class of 2019, according to 247Sports, will have a busy weekend in the panhandle state. 6-foot-4, 280-pound center Branson Bragg will make a stop in Stillwater. He also plans to visit Tulsa and OU this weekend.

As I mentioned, Bragg is ranked as the No. 1 center in 2019. That would explain why he already has nine offers including Oklahoma State, Oklahoma, Texas, Texas Tech, Kansas, Tulsa, Rice, SMU, and North Texas.

Bragg made a visit to Texas last weekend and since then, the Longhorns have been the favorites to land him. I’ll say this, if there is one coach I have faith could lure an offensive lineman away from a program like Texas, it’s Josh Henson.

SMU running back pledge Jahmyl Jeter will be among the group visiting Stillwater this weekend, according to gopokes.com. Jeter picked up an offer from OSU earlier this spring and, while he remains committed to the Ponies, he also remains interested in shopping around.

The rising junior from San Antonio had an explosive junior season where he rushed for 1,576 yards and 16 touchdowns, and is a dynamic playmaker given his size at 200 pounds.

Arlington, Texas cornerback Deshawn Gaddie also confirmed an unofficial visit to OSU this weekend, making him the second 2019 cornerback prospect to make plans for Stilly for the weekend.

Gaddie offer sheet to this point is non-existent, but coming from Lamar High School, his opportunities to this point have been limited. Gaddie could be a sleeper recruit OSU loves to sit on, and I like his 6-foot, 170-pound frame.

All the running backs! Swen, a 2019 prospect who hails from Haslet, Texas, is yet another one planning to OV. The 5-foot-10, top 300 prospect with offers from KU, Arizona State, and SMU could be one of the many likely to come away with offers over the weekend.

Nearing 20 scholarship offers from the likes of Army, Memphis, Houston, Nevada, Liberty, and others, Hallett looks to secure an OSU offer during an unofficial visit this weekend. The 2019 prospect from Cy Fair listed at 5-foot-10 is a cornerback — a position OSU could use to strengthen its depth in the 2018 recruiting class alongside Jaelyn Nolan, Gabe Lemons, and JayVeon Cardwell.

Also worth noting this weekend: GoPokes.com reports that OSU’s top linebacker target DaShaun White of Richland, Texas, is a “maybe” for the weekend. White is planning to attend OU’s blowout barbecue event — which takes place on Saturday.

“I plan on seeing those guys maybe before the bbq event at OU,” he told gopokes.com.

White is a four-star prospect and top-350 recruit in the 2018 class, who 247Sports projects will eventually commit to Oklahoma.

Kyle Boone contributed to this report