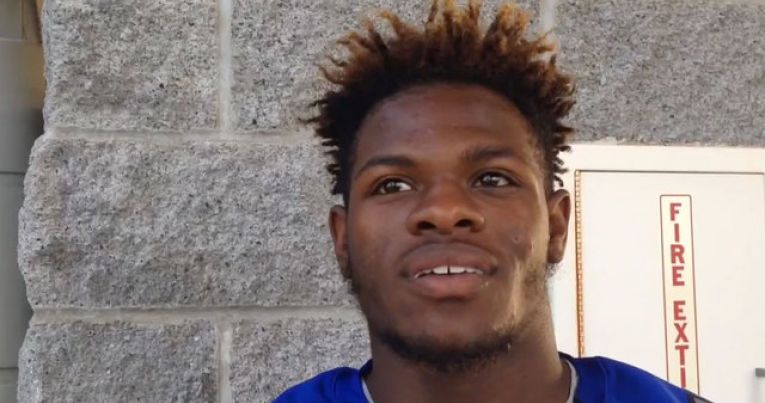 2016 Oklahoma State commitment Devin Harper is completing week 2 of his football season, and already showcasing his versatility on the gridiron.

Last season as a junior, Harper played primarily at defensive end and even lined up on the offensive side of the ball as a wide receiver. He had a pretty solid showing Friday night with 345 yards rushing, four touchdowns and his team got the win. Pretty good for a guy who OSU recruited to play linebacker in Stillwater.

When I talked to him following Karns High School’s 48-28 win in Knoxville, Tennessee on Friday, Harper said he was pumped about the win.

“Well it felt great to win by such a good amount! I felt like us as a team did what we need to do to win and make others shine. I also realized that we can do this every game if we come ready to play”

He also noted that even though OSU recruited him as a linebacker, he’s going to play a ton of running back this season.

“I mostly play running back but I play defense sometimes when I’m not need on offense as much.” And which does he prefer? Diplomatically, he said, “it just all depends.”

OSU recruited Harper and became the first Power Five offer for him. Still early in the season, but it sounds like he could be in line for a breakout season at running back.