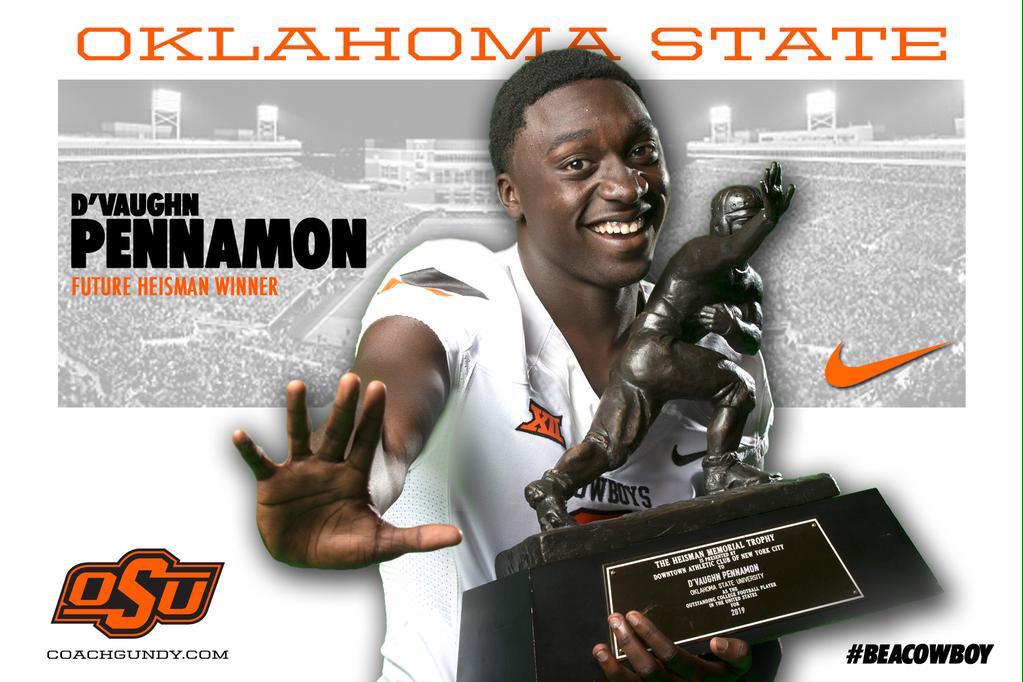 Pennamon is a three-star recruit from Manvel High School, a powerhouse program in Texas that consistently produces Div. I talent. Pennamon has offers from Texas A&M, Florida, Georgia, Arkansas, Missouri, and others. OSU seems to be in hot pursuit, however, and Pennamon has been tweeting about the Pokes quite a bit recently.

Harper picked up an offer at camp last weekend while in Stillwater; his first Power 5 scholarship offer. Once again, the Cowboys evaluations may pay off early by jumping on a recruit before they become a hot commodity.

Marshall picked up an OSU offer before eventually committing to TCU last July. Although he is a long-time Horned Frog commit, Marshall has shown steady interest in the Cowboys and even made a trip to Stillwater recently.

Brown picked up an OSU offer last week, adding to other offers he holds from the likes of NC State, North Carolina, South Carolina and more. Brown is a recruit from Durham, North Carolina so getting him to move across country for football will be a tough task. Clearly the Cowboys think they have a chance and see something in Brown.

The Cowboys already have a verbal commitment from Booker T. Washington (Okla.) running back Justice Hill, but it is clear running backs coach Marcus Arroyo is aiming to sign two or three running backs to further solidify the position in coming years.