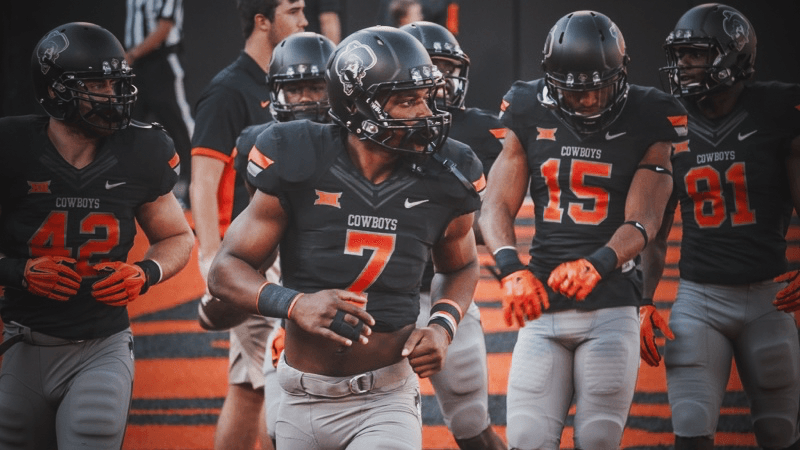 Following a lackluster win against the University of Central Arkansas, the OSU Cowboys hope to show signs of improvement this week when they square off against the UTSA Roadrunners.

Among several issues plaguing the OSU offense, run blocking has been less than stellar over the last two games, barely managing any push against an FCS front seven. However, despite the struggles of the O-Line, running backs coach Marcus Arroyo says he’s not worried about production in the run game.

“We’ve had great success in the passing game, especially when teams sell out to stop the run,” said Arroyo. “So I was sitting down with Mike [Yurcich? Gundy?] this week having coffee and steak [ah, probably Gundy then] and looked over and saw my kids playing with Legos [wait, now it’s got to be Yurcich, right?]. Those guys were flying all over the place because my kids were throwing them and it hit me: why not throw the running backs?”

Arroyo said he and Cowboy backs coach Jason McEndoo have been working closely to develop formations where Cowboy backs like Jeremy Seaton or Zac Veatch would be able to pick up one of the RBs and toss him into the defensive backfield.

“It’s the perfect plan,” said Arroyo. “You see, when you throw the ball, someone has to be there to catch it or the play stops or the defense intercepts it, but if you throw the player with the ball, that’s an automatic gain!”

Arroyo said RB Jeff Carr is best suited to the roll of toss back because of his small yet powerful frame, but Rennie Childs will also excel in the new role.

Defensive coordinator Glenn Spencer said that defending against the toss back has been a new yet welcome challenge.

“Even though we may be the premiere team deploying this offensive playset, we’re trying to already be prepared to defend against the toss back whenever another team tries it on us. We’ve been studying a lot of volleyball film lately,” said Glenn Spencer. “But that’s just par for the course. We prepare every year for 10 new positions and schemes that don’t yet exist within the sport. In the eventuality that someone tries to hit us with a quadruple flea flicker or roll out a BEEFTANK-style quarterback, we’ll be ready.”

Arroyo said the entire team and all the coaches have been on board with the new scheme.

“When I mentioned it to Mike [still thinking Yurcich], he said he would be all for integrating the toss back since learning to adapt is a huge part of life on and off the field [ok, I have no idea],” said Arroyo.