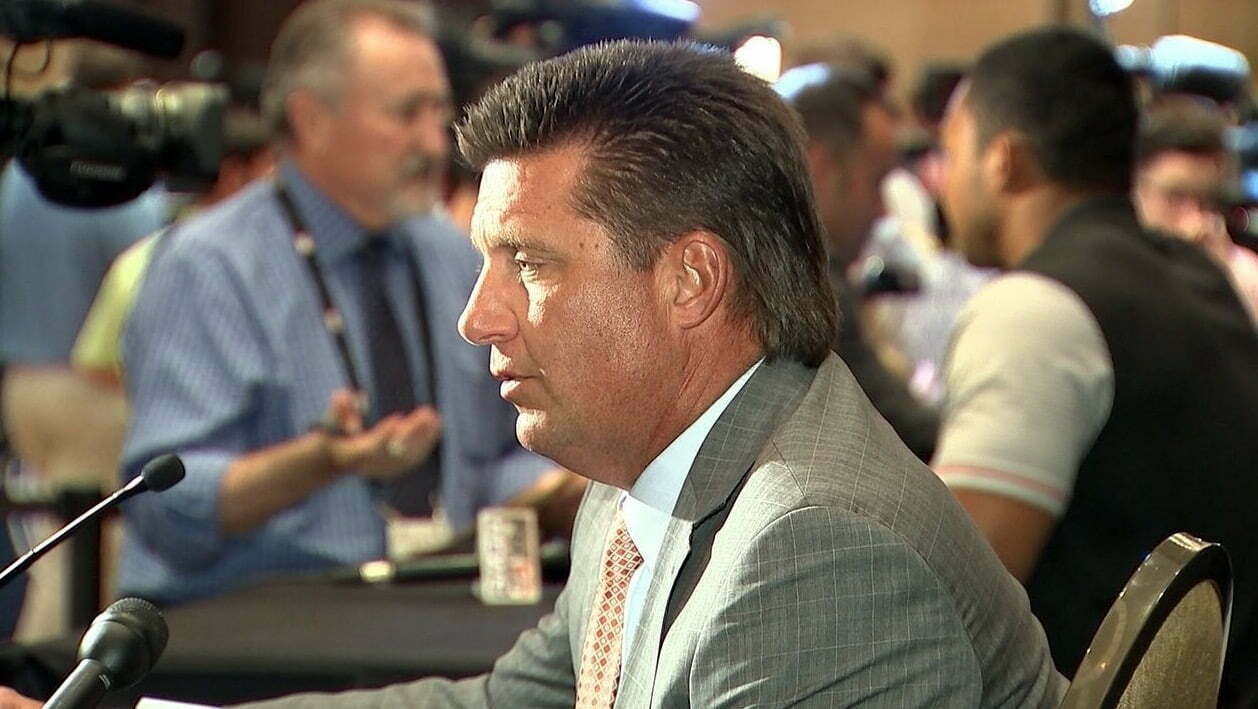 Mike Gundy’s mullet pretty obviously won Big 12 media days on Monday in Dallas. It was the greatest non-Hologersen hair statement at a Big 12 event maybe ever and hopefully a foreshadowing for Oklahoma State games this year: business in the first half, party in the second.

Here are eight things we learned about Gundy and his ‘do on Monday.

1. He calls it the Arkansas waterfall

Mrs. Pistols’ response to this: “I guess when you’re a millionaire, you can do whatever the H you want.” She actually said “H” which somehow made it 10x better than if she’d said “hell.”

2. It’s real, but he doesn’t consider it to be real

I’m sorry, but that’s a mullet from where I’m sitting.

There's so much party in the back I can't believe they let me stand here. #GundyMullet2016 pic.twitter.com/PllJMb3FuD

Gundy doesn’t think so though. Which is maybe the best part.

“It’s not a real mullet,” Gundy told the Oklahoman. “A real mullet has to be at least shoulder length and you’ve got to have some curls in it.”

His players were trying to get this going on Monday in Dallas as the official hashtag. It also has its own Twitter account now.

4. He’s just doing it to annoy his kids

“I said, ‘If you keep bothering me, I’m not going to cut it,'” Gundy told the Oklahoman. “So, I let it go now for a couple months,”  Gundy said. “He wears on me every day. So now I’m kind of enjoying it.”

5. His kids are annoyed

He talks at the end of this video about how annoyed his oldest son is. Jokingly. I think.

7. He was working this out as early as the spring game

That’s a mullet too!

Is Gundy, um, going with the mullet here? pic.twitter.com/UJ1H7bzQyO

“I told junior, if we can get him to run like his dad, we’ll just let it go all year,” said Gundy. The man, the myth.