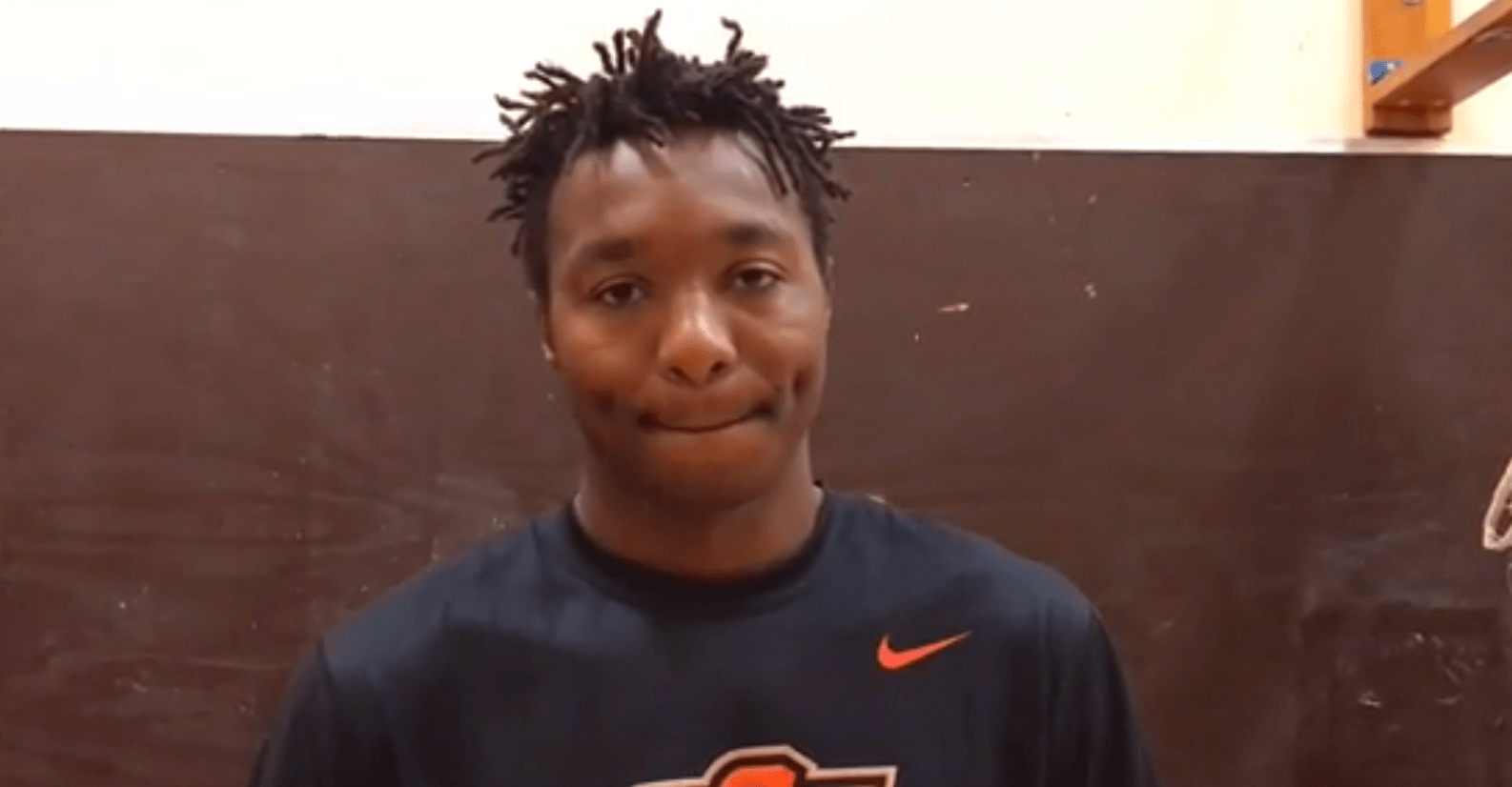 During a trip to Miami, Florida last Tuesday, Oklahoma State coaches Mike Boynton and Lamont Evans came away with a recruiting win when Zack Dawson announced he was sticking with the Cowboys despite the abrupt change in coaches. Dawson is OSU’s highest rated signee in the 2017 class, and a point guard with NBA potential down the road.

“I feel great about Coach Boynton,” Dawson told Pistols Firing. “I think he’ll be a great coach not only for me but for the other guys as well.”

However the status of Dawson’s teammate Latravian Glover, also an OSU signee, is not as clear. Glover is a 6-foot-7 small forward who signed with the Cowboys earlier this spring. After his signing, Brad Underwood talked him up and said he has a “Lebron James-type game” with his strength, IQ and size.

A source indicated to Pistols Firing that Glover might not be taking the same path as his teammate. At this time, we have reason to believe is it more likely than not that he will not be Oklahoma State-bound, however it is unclear if he has requested a release from his letter of intent.

Should Glover request and granted a release from his LOI, Oklahoma State will have to do work to find a big man presence for the 2017 season. Glover is a prospect made out of the same mold of Cam McGriff, but has the ability to play big down low. An immediate contributor might be more suited for the current situation, which could indicate that Boynton might test the waters in seeking a graduate transfer to fill the need.