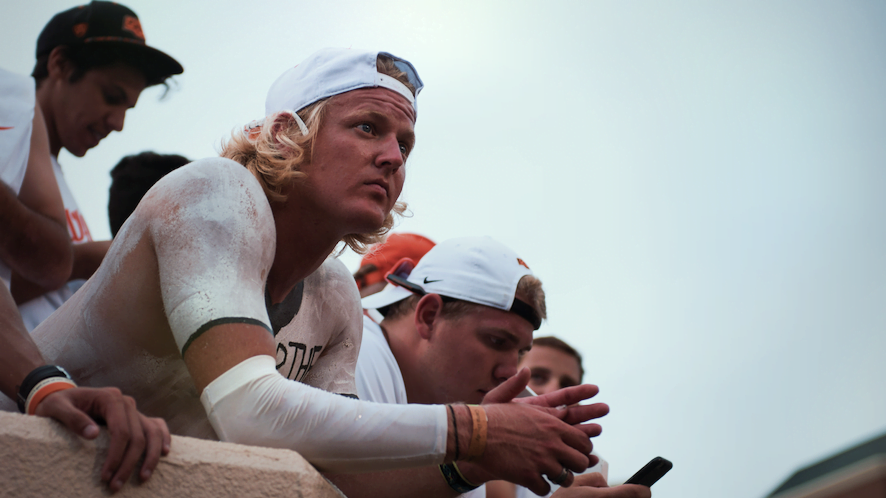 The Cowboys outlasted Pitt on Saturday, holding the Panthers scoreless after the lightning delay and escaping with a Ramon Richards game-sealing INT. Here’s a recap from some of the highs and lows from the contest Saturday:

Mother nature. Oklahoma State looked as if they were falling victim in the second half to Pitt’s motion heavy offense with their multiple options, but the lightning delay truly saved the Pokes, who held Pitt scoreless afterward. “The lightning delay gave us a great chance to go in and redraw offense and defense, change our schemes, walk through and get prepared for the remainder of the game,” Mike Gundy said in the postgame. Hooray Oklahoma weather!

Gundy: "I was OK with the delay. We needed it. Corrected mistakes." #okstate

People who had plans on Saturday. The game started at 2:30. The game ended at 8:16, thanks to an awful lightning delay. If you had any type of to-do-list, that’s not real conducive conditions to get anything knocked out.

I could just as easily go Mason Rudolph here but I think it’s without question James Washington, who was named the Walter Camp Player of the Week. He had 296 receiving yards, and set the tone early by blowing the top off the defense on the first play from scrimmage. When you average 33 yards per catch, you deserve some praise.

There might be better, but this was the most entertaining to me.

Mason Rudolph was proud of the #okstate running game. He went a little Marshawn Lynch-y with his praise. pic.twitter.com/j8dDUQRW9R

Rennie Childs made a man miss in space and pay for it. It wasn’t just this play, Justice Hill showed several flashes of explosiveness with his ability to break it outside, too.

We’re closer, Gundy said on the running game. “We’re just a guy or two off from getting a hat on a hat.” Despite the statistics, aesthetically the running game does look to be slightly improving each week.