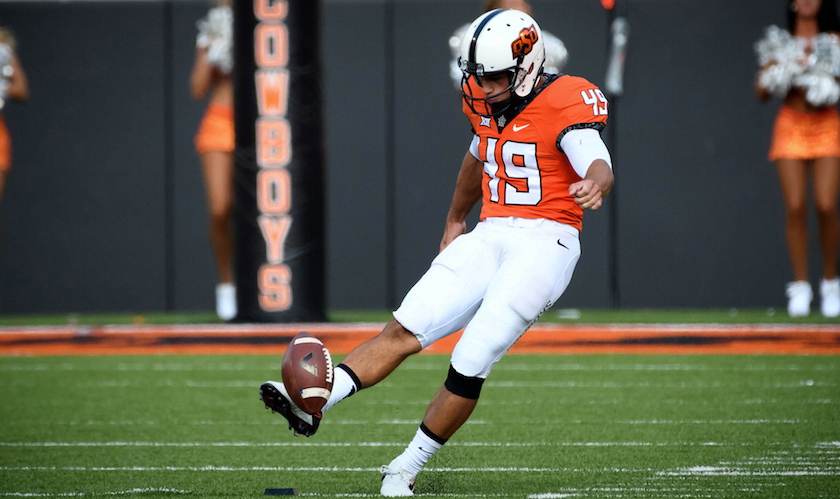 The Cowboys rolled on Saturday in Stillwater with a dominating performance over a less than impressive FCS foe. Regardless, there was some interesting plays from the game. Here’s a recap of some of the superlatives from the season opener:

Freshmen. Several true freshmen saw the field Saturday, and that’s big for OSU in developing their depth this season — they’ll see the benefit of that depth later this year. Even more, the first score of the season came from true freshmen Madre Harper — his first play of his collegiate career. Getting those guys live game experience is invaluable for a team relying on their depth to carry them through the season.

The running game. Mike Gundy got his 125 rushing yards like he said he’d like to get coming into the season. But only racking up 142 against an opponent like SE Louisiana doesn’t really scream improved. A number of things go into that, including the fact that the rotation was nothing like it would be in a conference game. Chris Carson, Rennie Childs, Jeff Carr, Barry J. and Justice Hill all had their moments, though, which is encouraging. The competition shall continue on to week 2, and we don’t have much more clarity on whether it’s going to be improved in the running game or not just yet.

The biggest touchdown that wasn’t

This could go for a number of different plays, but without a doubt the runaway winner was the Barry J. Sanders punt return that almost was. The call on the field was ruled a touchdown but was reviewed and ruled down at the one. But the crescendo of the crowd from the time he caught the punt to his rampage down to the end zone was insane — even the announcers seemed to be rooting for it to happen.

WATCH: Take a look at Barry J. Sanders taking it back ALMOST all the way.

Jhajuan Seales was the man on Saturday of the receiving corps. He lead the deep bunch in receiving yards and had 2 touchdown snags. The biggest play was this incredibly athletic leaping catch as he backed his way into the end zone. Rudolph dropped a pretty nice seed throwing on the run, but this haul even earned a retweet from Dez Bryant: