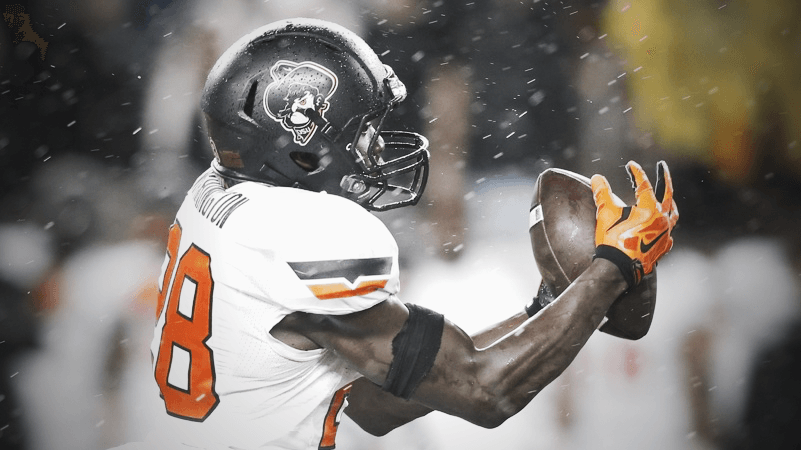 Kyle and I will be sorting through the 20 most important people leading up to the 2015 season every day until the Central Michigan game which, as you know, is just 15 days away.

Porter: While James Washington isn’t the best receiver on OSU’s team, he might be the most important to Mason Rudolph’s success. The two built a rapport at the end of last season that was undeniable and it sounds like the former 1A Texas baller is picking up where he left off early in 2015.

Boone: As Kyle stated, Seth Jacobs might be the most underrated player on the entire team. That’s not a slight to Jacobs; the quality and depth at the linebacker position is simply phenomenal.

Spencer has been on him hard since his arrival in Stillwater, but he has quietly developed into one of the top linebackers on the team. “I was brutal on him… But I knew he had that potential, and he just took the coaching,” Spencer told the Tulsa World.

That coaching and tough love from Spencer is paying dividends now.

In 2014, Jacobs finished third on the team with 92 tackles, and was named the defensive MVP of the Cactus Bowl. If he is able to build on his strong finish to last season, Jacobs will be one of the stars of a very solid linebacker group.