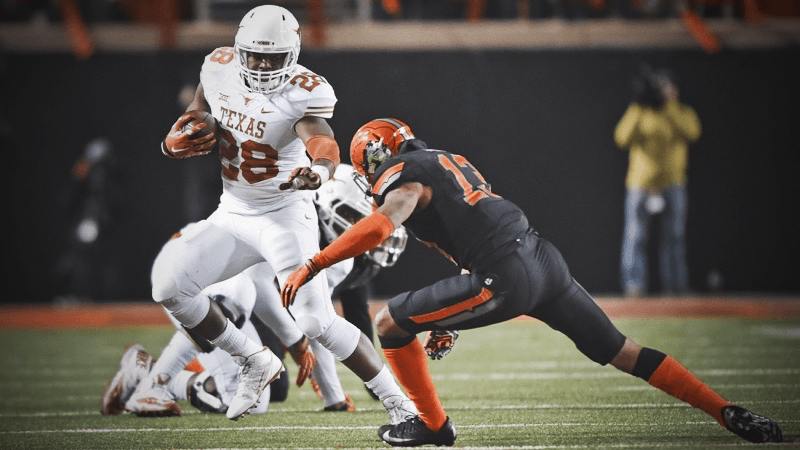 Kyle and I will be sorting through the 20 most important people leading up to the 2015 season every day until the Central Michigan game which, as you know, is just 16 days away.

I have an affinity for bad boy safeties (RIP Sean Taylor) and Sterns fits the mold. You know the scary part? I’ll let Sterns explain.

“I’m just learning the game a lot more, especially from last year,” said Sterns recently. “Getting help from Coach Hammerschmidt. He’s explaining to me what plays I can use help on so that’s definitely what I’ve improved on. I just want to improve every day and get better.”

Boone: I chose Victor Salako as the No. 16 player on my list. Salako is a mammoth offensive lineman who will be protecting Rudolph’s blind side this season. At 6-foot-6, 330 lbs., Salako is someone you want protecting your blind side.

“Victor has come in and taken over at the left tackle spot,” Gundy told the Tulsa World. “ “He’s the biggest player we have. He’s just been so pleasant. I can only imagine being that big and playing at the tempo that we compete at.

“He has a smile on his face. He plays hard and plays with effort. Never says a word. Those are the type of players that you need in your program in order to win big.”