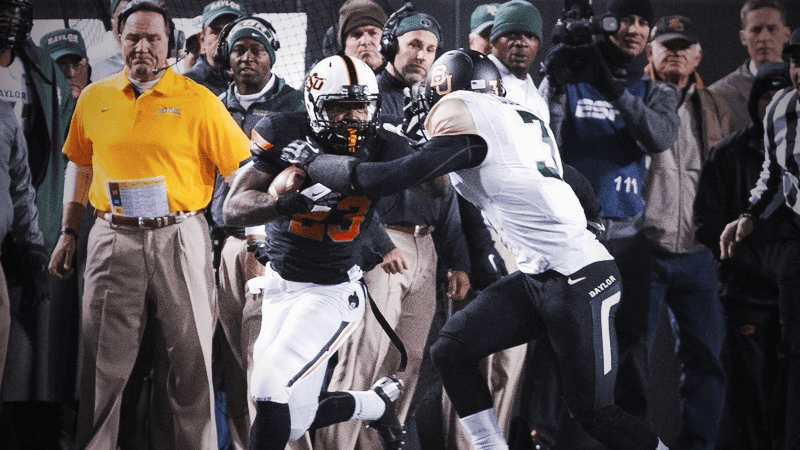 Kyle and I will be sorting through the 20 most important people leading up to the 2015 season every day until the Central Michigan game which, as you know, is just 17 days away.

Porter: Rennie Childs grabs this spot for me. I’m still unclear as to who will start even though I’m pretty sure I know who’s going to finish. Childs says he’ll run out with the first team, and I have no reason not to believe him.

I’m guessing he’s one of the guys who gets 10 carries a game — as Mike Gundy noted here — and really, I bet it’s more like 15 given that running backs coach Marcus Arroyo is prone to calling him “steady Eddie.” He won’t have to be elite for OSU to be good, but the depth is needed given that the guy behind him and Chris Carson is either going to be a true freshman or a transfer who used to be a QB.

Boone: Jordan Sterns takes spot No. 17 on my list. Sterns led the team in tackles just a year ago, and proved how valuable he can be as a hard-hitting safety. With what is expected to be a much improved defense from last year, Sterns will be able to drop back into more pass coverage where he will have the opportunity to play to his strength: making plays in space.

Sterns, a former running back from Steele, TX, has elite speed for a safety and his proven toughness could make him a centerpiece for Glenn Spencer’s squad this season. He has flown under the radar this offseason behind the hype of several other defensive players, but his value in the secondary can’t be overstated.