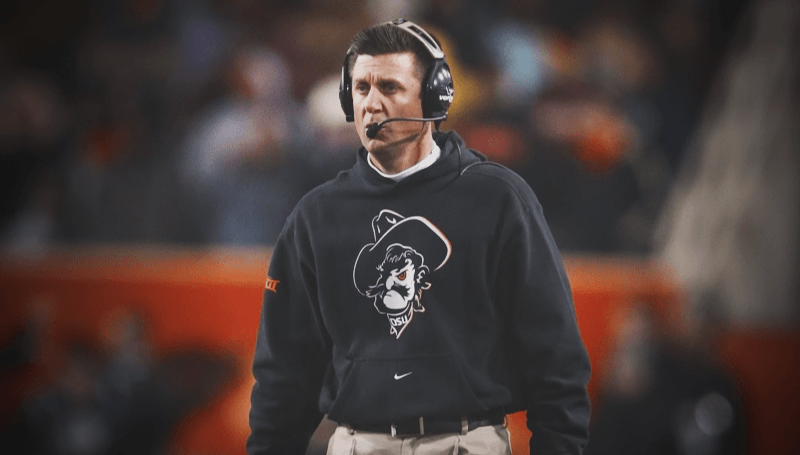 Kyle and I will be sorting through the 20 most important people leading up to the 2015 season every day until the Central Michigan game which, as you know, is just 5 (!) days away.

Porter: Mike Gundy is No. 5 for me. Again, I’m answering the question “whose absence would most affect Oklahoma State this year?” Gundy himself said the machine is the machine whether he’s there or off on his tractor.

“I can leave here for a week and this thing runs itself,” he said. “Everybody knows what to do, and I don’t get in anybody’s way. I let everybody do what they think is best.”

This is a great spot for a leader to be in. The entire thing shouldn’t be dependent on your presence. Now, long term, it’s a different story. Gundy would easily (and obviously) be No. 1. But for 14 (?) games? Yeah, 5th seems about right.

Boone: Chris Carson is the No. 5 most important player for the Cowboys this season in my eyes. He has the breakaway speed of an elite running back, along with excellent protection skills which will be equally as important early in the season.  Early on in camp, Carson drew praise saying he has ‘an NFL look’, and after being named the starter for week one, he’ll get a chance to prove just that.

#okstate Early takeaways on new guys: Victor Salako a mountain at LT, Carr is a bottle rocket, Carson has an NFL look, Burton is a hammer.