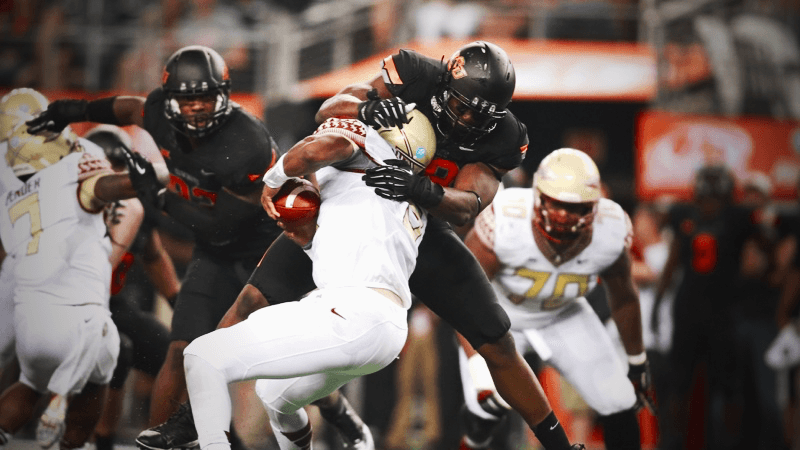 Kyle and I will be sorting through the 20 most important people leading up to the 2015 season every day until the Central Michigan game which, as you know, is just 7 (!) days away.

Porter: Yesterday, I noted how important Jimmy Bean is to OSU’s defense. The only reason he’s important, though, is because he has Emmanuel Ogbah out here doing nightmarish things to opposing backfields. Otherwise, Bean is just another above average DE on an above average defense. No. 38 makes him, and the rest of the defense, downright spectacular.

“Emmanuel Ogbah and Jimmy Bean are something special,” said offensive lineman Zach Crabtree on Thursday. “We’re special across the board on the d-line. Ogbah has everything, and it’s good that we get to practice against those guys. They give us an upper hand on preparing. We’re just focused on what we’re doing right now as an offensive line and how we’re going to work as a unit, rather than the other opponents.”

Boone: I have Brandon Sheperd slotted here. The first depth chart released yesterday has Sheperd at WR1, even with a dislocated finger. Rudolph and Sheperd’s rapport will be a great asset early on to foster Rudolph’s development. I’m betting on a big year for Shep, and honestly I feel like I am slotting him too low (or high?) here.

Had to come back to back with it! Turn up poke nation, lets goooooooooo!!!!!!#rise#WTIB??⌛️ pic.twitter.com/AUcL7iY4fq