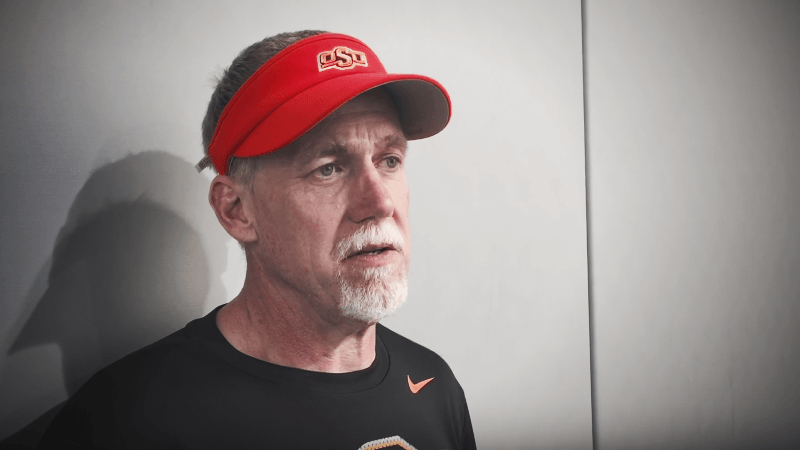 Kyle and I will be sorting through the 20 most important people leading up to the 2015 season every day until the Central Michigan game which, as you know, is just 8 (!) days away.

Porter: My choice for the eighth-most important person to the 2015 season is Glenn Spencer. If OSU football is a living organism and Mike Gundy it its brains (a scary thought, by the way), then Spencer is its heart, soul and spirit.

Plus, selfishly, I don’t know how Kyle and I are going to live in a post-Spencer world where coaches don’t get terminator-style photos made of them.

Boone: Vincent Taylor is on my list here because his rise in the spring has continued into the fall. Taylor will be the anchor of the defensive tackle group, following the season ending injury sustained by Vili Leveni. “It means somebody else has to step up,” Taylor told The Oklahoman. The defensive tackle position is concerning to Glenn Spencer, but I think with Taylor at defensive tackle, the defense will have no problem plugging up the middle of the field.