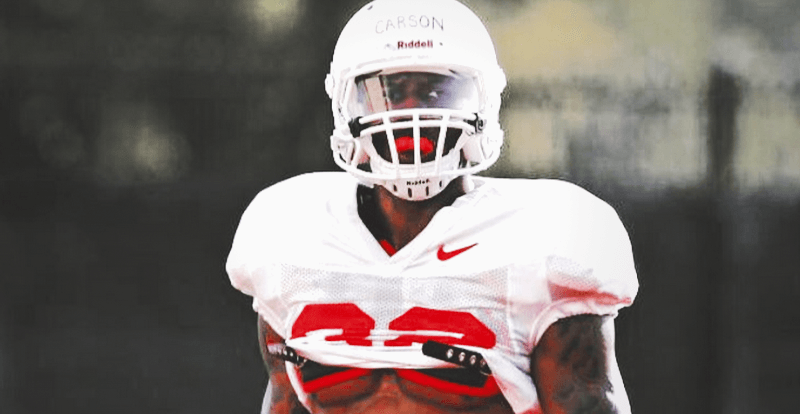 Kyle and I will be sorting through the 20 most important people leading up to the 2015 season every day until the Central Michigan game which, as you know, is just 9 (!) days away.

Porter: Mine is Chris Carson. I think Rennie Childs is plenty important (and I explained why here) but Carson is the dude this year, and I think everyone knows it. OSU will need them both to contend for a Big 12 title, but I think it will be proven this season that Carson is the far superior talent.

“Chris is pretty much what we expected in regards to being a mature athlete who is big, strong and does really nice things,” said running backs coach Marcus Arroyo recently. “I’m excited about the way he has taken on the role with the one’s.”

We all are, Marcus. We all are.

Boone: James Washington is on my list here. Washington has a knack for catching anything in his area code, and that’s an excellent quality for a team still breaking in QB1. Rudolph and Washington clearly operate on the same wavelength, and I think the Washington and Rudolph tandem will quickly develop into one of the most lethal WR-QB duos in the Big 12.

Not only will Washington be a main contributor as a wide receiver, but Robert Allen also thinks he may be spending time on kick returns. Regardless of where he is used, Washington is going to be one of the biggest contributors on the offensive side of the ball this season.