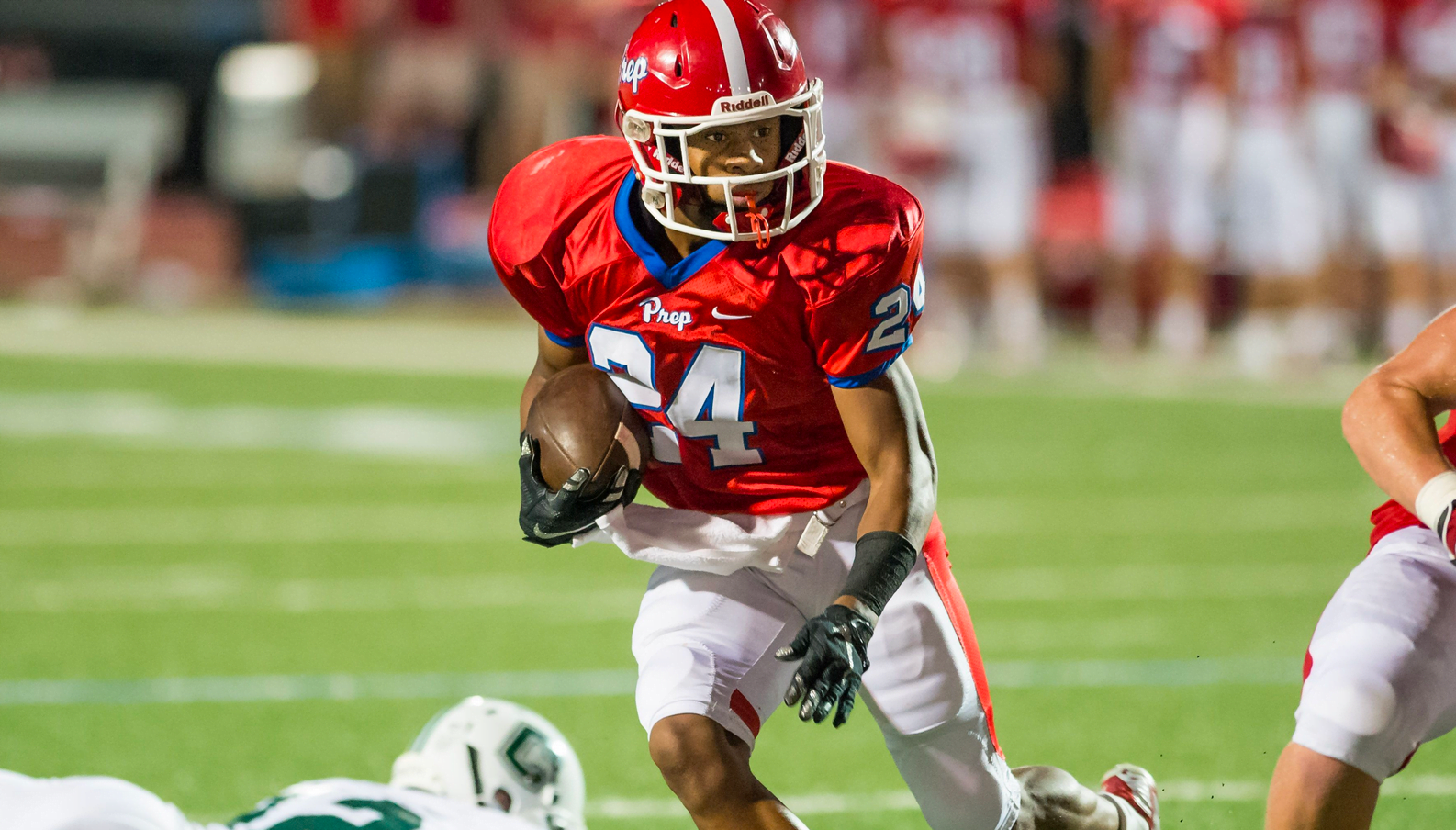 Long-time OSU target DaShaun White paid a visit to OSU on Friday. The 6-1, 205-pound outside linebacker from North Richland Hills is the top guy on OSU’s board, and current OSU pledge Blake Barron made it well-known shortly before his visit.

White has OSU, OU, Texas A&M, Arkansas, Ole Miss and UCLA in his top schools, and could be nearing a decision sooner rather than later and eyeing a July commitment.

“Really all six of the schools I feel like I have a really good relationship with all of the coaches,” White told Scout this week. “They are all places that I feel like I can excel at and play in. I am going to take my trips to each and every one this month and try to find my home.”

White’s interest in OSU is for real, but as his decision nears, I’m hearing more and more buzz that his imminent commitment will likely come down to Texas A&M and Oklahoma, barring a major shakeup in his recruitment.

The list of running back offers for OSU in the Class of 2019 is a slim but elite bunch that includes Noah Cain, Deondrick Glass, Deion Hankins and now Jerrion Ealy of Flowood, Mississippi.

In addition to OSU, Ealy has already garnered offers from Florida State, Tennessee, Ole Miss, Louisville and Michigan, despite his dimunitive frame.

Henson’s group of commits unite at Down and Dirty camp

Camps have taken place all week in Stillwater, and on Thursday, OSU’s entire bunch of offensive line commitments made their way to Stillwater for the down and dirty lineman camp. They hail from (from left to right order in the picture below): Bryce Bray Bixby (OK), Hunter Anthony (Tuttle OK), Hunter Woodard (Tuscola IL), Tyrese Williams (Cypress Ridge).

Although Jason McEndoo is a tight ends coach, he’s had his hand in other areas in the East Texas region and Crandall (TX) center Branson Bragg is his guy right now. The two have been in contact regularly since OSU offered in April, and he posted on Twitter about on Thursday.

Since OSU’s offer, OU, Ole Miss, Kansas, Texas Tech and SMU have all hopped on board. He’s the No. 1 rated center in the Class of 2019.