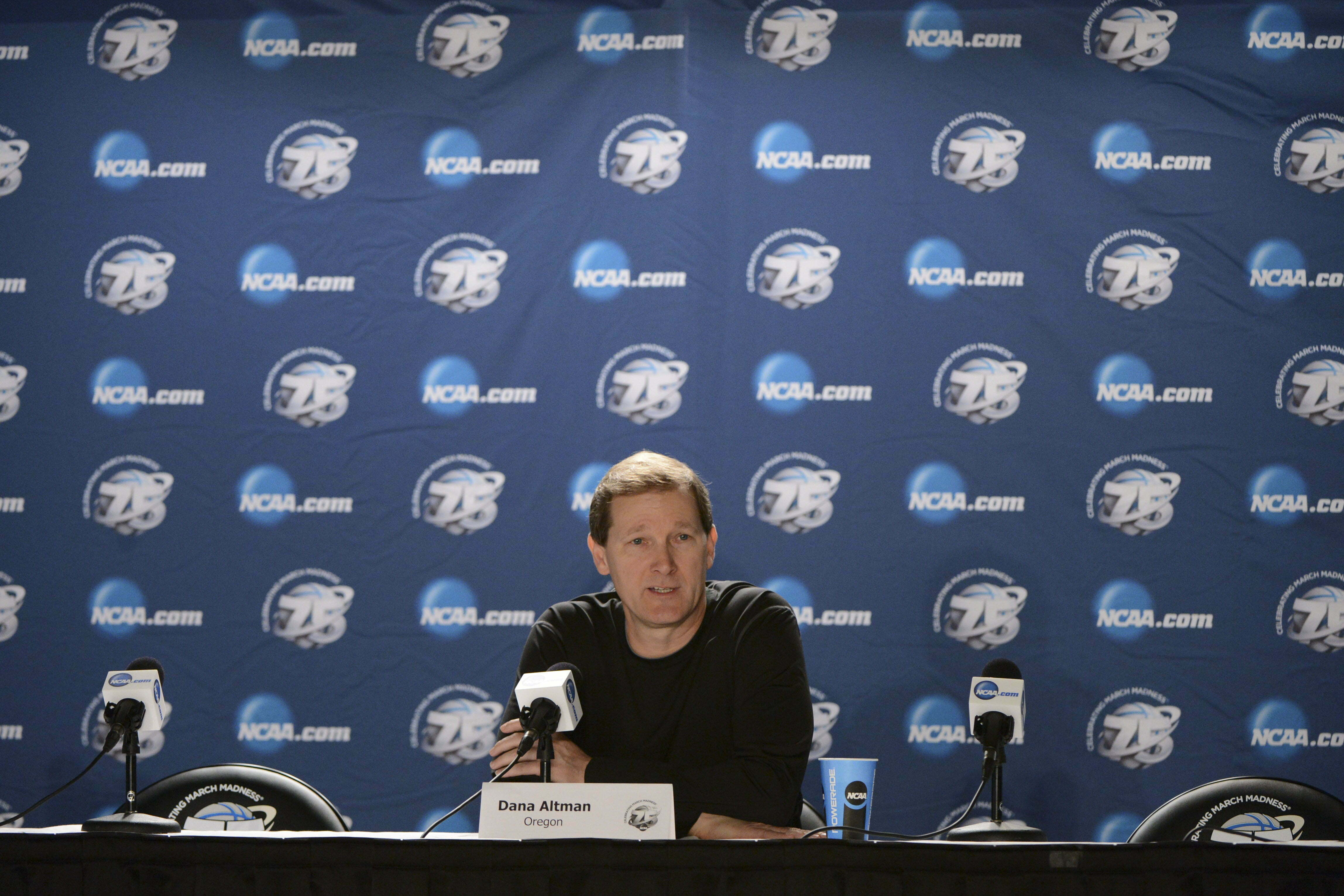 I traded five questions with the boys over at Addicted to Quack about what to expect from the Oregon-Oklahoma State game on Thursday.

Here’s what they had to say…

1. Give me your starting five (with player numbers) and tell me what each player does well.

Seven footer who blocks a lot of shots. Still raw despite being a senior. Essentially has two offensive moves: a jump hook, and dunking. Not a great rebounder as going for the block often leaves him out of position.

Double double machine waiting to happen. Second in the Pac-12 in rebounding and steals. Don’t do much offensively except for finish at the rim, but is capable of absolutely dominating a game thorough his defense and rebounding. If you don’t get a body on him, you’re done.

Does everything well but nothing spectacular. Shooting percentages have been lowest of his career this season as he has battled knee tendonitis, but he is still Oregon’s most reliable long-range shooter. No longer has the burst to drive by guys with the knee injury.

Decent long-range shooter who is capable of riding long stretches of hot and cold. Has had games where he carries the team, and games where he disappears. Very good rebounder for a guard. Best defensive guard on the team.

Hasn’t looked at all the same since his foot injury, and Johnathan Loyd will probably get the bulk of the PG minutes, especially down the stretch. When healthy, is capable of both penetrating through the defense and hitting the outside shot, neither of which Loyd does well. Haven’t seen it with any consistency since he’s been back.

Only 5’6”, but a pesky defender who forces a lot of turnovers and generally makes opposing point guards miserable. That said, his size can be exploited by bigger point guards.

Offensively, has two speeds:  fast, and out of control, which leads to some sloppy turnovers. Cannot score with any kind of consistency, and teams throughout the year haven’t even bothered to guard him on the perimeter.

Not a great long range shooter, but hits enough to keep shooting them regularly. Capable of creating his own shot when he’s feeling confident, but can take himself out of a game when his confidence is low. Thunderous dunker. Adequate defender.

2. Who does Oregon’s Sweet 16 hopes hinge upon? Who is the x-factor?

This is such a balanced team that it’s hard to say that there is any one x-factor. The high scorer is E.J. Singler at 11.6 points per game, but six guys sit between 8.5 and 11.6. That said, the I’d pick Arsalan Kazemi.

When he’s dominating the boards and focused defensively, it makes this team absolutely hellish to play against, and have always had a chance at the end even when their shots aren’t fallilng. The games where he’s not been, the Ducks have been blown out.

3. What’s the point guard relationship between Dominic Artis and Johnathan Loyd right now? I know Artis is starting but who’s going crunch time for the Ducks?

Artis is by far the superior player when healthy, but he’s not healthy. Artis is back in the starting lineup, but Loyd is playing better ball right now, and has thus been playing down the stretch. The guy who is playing better will get the bulk of the minutes.

Wins the battle of the boards. The Ducks are elite defensively (15th in defensive efficiency) and in rebounds (18th in rebounding percentage). This all makes up for a seriously lackluster offense that has trouble shooting and not turning the ball over. Oregon has to generate extra possessions on the boards.

5. Which of our fan bases is more pissed about this game?

Probably you guys. We were absolutely jobbed on our seeding, no doubt, and probably by 4-5 seed lines. That said, if we’re an 8-seed, we may win an opening game, only to get crushed by Louisville or Indiana in the second round.

Somehow, we got the location closest to our campus (San Jose), with the Bay Area having the most Oregon alumni anywhere in the world outside of the state. Essentially, we trade the better chance of winning a single game that would have come with a higher seed for a more plausible path to the second weekend.

Meanwhile, you guys get a No. 5 seed and have to play a top-25 team in the first round. By screwing us, the committee probably screwed you worse.