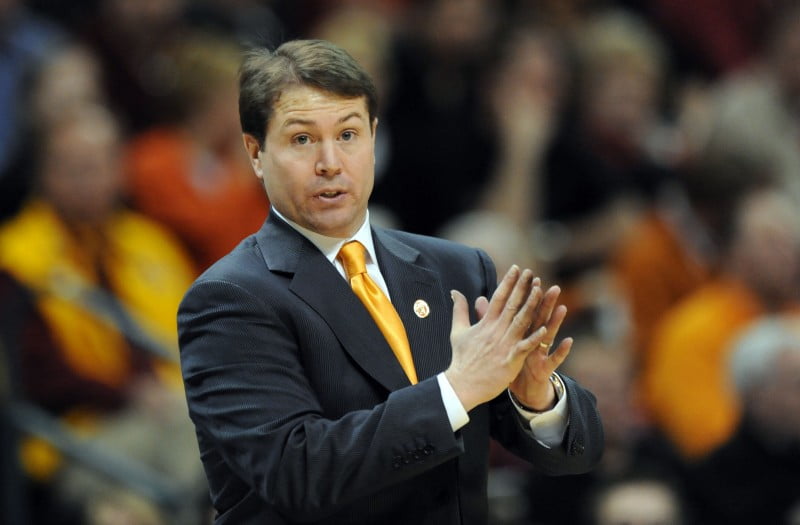 As a young OSU fan that really started paying close attention to sports in the early 90s, I remember cold college football Saturdays with my dad hoping OSU would at least stay in whichever conference game we were playing. Sometimes we did, but on many occasions the only solace was looking east towards Gallagher-Iba and imagining that Eddie was sitting in his office preparing for the upcoming season (I’m still pretty sure he was).

With the tremendous improvement in the football program coupled with the lack of success in hoops, it became easier to focus on football through November and December and put off basketball season until it was the only option to get an OSU fix.

With the somewhat stunning success the basketball team in Puerto Rico (KenPom gave us a 1-in-7 chance of winning the tournament), the basketball team has demanded that we look in their direction even as our Pokes prepare for bedlam. I’m excited, and not just because we won a couple really tough games. They are really fun to watch, and not in a “hey, we have guys who can dunk” way. They’re fun to watch in an Eddie Sutton kind of way. They defend. They hustle. They play their asses off.

We’ve seen that kind of play before. And while I don’t want to take 4 games of data and go crazy, I think given the level of competition it’s not completely unrealistic to try and figure out what we’re dealing with. So here we go…

I took basic box score stats and created similarity scores for every major player on this team versus every other OSU player in the Sutton/Ford era. The similarity scores are based on every basic box score category. I won’t go into the details (contact me on Twitter if you want them), but basically, the alums listed under every current player are the three closest statistical matches to the current player.

One more note: I excluded situations where current players were most similar to themselves from previous seasons or other players currently on this team.

James led the team in scoring in 2008, but only at 13.3 points/game. All of these guys contributed at least modestly in every statistical category just like Markel does.

All three of these guys led their teams in scoring multiple times. They were the best player on the floor in the seasons listed (don’t believe me about Boggan? He averaged 19 points and 8 boards his senior year).

Wow do I love these comparisons. Smart is playing on a slimmed-down-Eaton level right now, which is incredible if you remember how well Byron played that season. I also like seeing Tony’s junior year on this list – that was a year where it was clear how good he could be if he polished things up a little bit. The next year TA took us to the Final Four.

How great is it that Keiton appears twice? It’s too early to make a meaningful comparison, but among players who attempt at least 2 three-point attempts per game, Forte’s 47% is the highest in the Sutton/Ford era.

So I guess we have Kamari pegged.

This makes sense, doesn’t it? Jurick, Miller, and Webber are all valuable post guys who do more than take up space but shouldn’t be relied on for offense.

The only time you’ll see Scott Sutton and Adarius Bowman on the same list.

All of these guys are outside of the top 3 in scoring options on their teams, but are still capable of scoring 15 points if you need them to. Come back JPO!