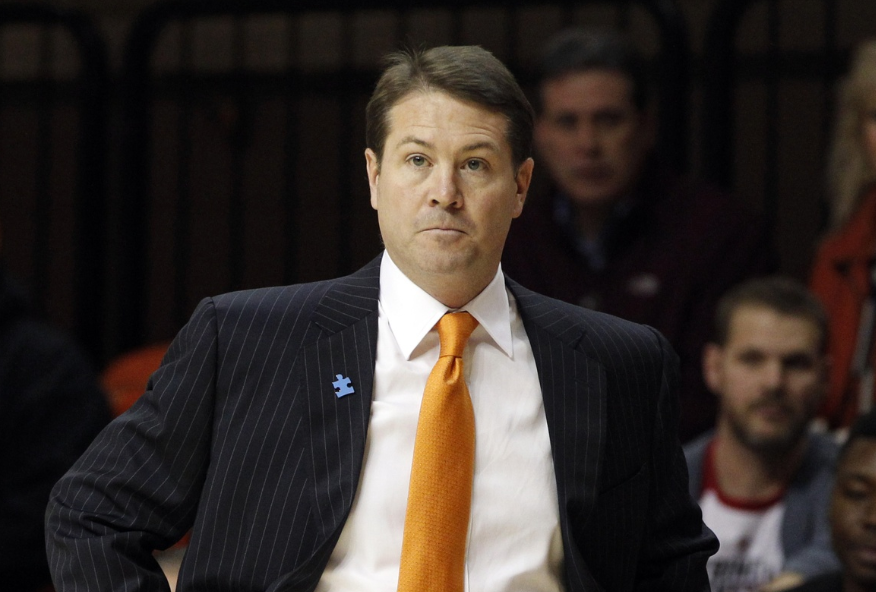 Losing at Kansas State to open conference play? OK, fine, that’s not great and you probably can’t win the Big 12 if you do it, but whatever. Losing at KU at any point with any team? Acceptable. More than acceptable.

Losing at OU on Big Monday? Kruger is a good coach and OSU found foul trouble. Not exciting but not devastating. Losing at home to 1-6 Baylor with Scott Drew at the helm and missing its starting point guard?

Honestly, the first 90 seconds of the game told me everything I needed to know. You could have shut it down after OSU’s first two possessions and I could have told you OSU was going to struggle, if not lose.

I always read and hear about what a workhorse Ford is. “He never goes home.” “Nobody outworks that dude.” “Hardest worker in the Big 12.” OK, great but what, exactly, is he working on?

Oklahoma State came out of the gate with a Marcus Smart 23-footer and a Brian Williams two with the back of his foot nearly on the three-point line as its first two shots. Really, those were shots that happened.

After a week of evaluating the Bedlam game, poring over stats, and knowing that if you get Baylor’s big men in foul trouble you probably beat them by 25 with a conference full of referees that are more than willing to blow their whistles early and often and you let your point guard (who’s now shooting 22% from three in the Big 12) and Brian Williams (who’s now shooting 38% from two) shoot those two shots.

That tells me one of two things:

1. You are dumb and none of your work is worthwhile and if that’s the case then go home, be with your family, what’s the point of even studying and making a gameplan?!

or… (and this is actually the case)

2. You have no control over what your team does.

There really aren’t any other explanations that make any sense. My jaw just dropped after those two shots were taken and missed. The rest of the game was just gravy, really.

I’m also getting tired of the excuses, not necessarily from Ford, but just in general. Cobbins is out! Ok, replace him. The refs screwed us! Figure out how they’re calling the game and use it do your advantage. Baylor shot lights out! Guard them.

In seven non-TCU Big 12 games Oklahoma State has led at half by more than one point exactly one time — at home against West Virginia. That’s six games in which you’re fighting to take a lead or assert yourself in the last 20 minutes of a game instead of maintaining a lead and cruising to victory.

This team doesn’t roll deep enough to do that over the course of an 18-game season.

Baylor lead by one at the half in today’s game and used a series of late-game threes from Brady Heslip and Gary Franklin (9/18 combined in the game) to stick a dagger in OSU’s week atrocious week.

I’m not going to bury this team (or Ford, for that matter) over one conference loss (we can talk about that after the season is over) but when you stack up his history of games and the direction this team is trending, things are certainly not looking bright for the rest of OSU’s season.

• We had some classic #jimmydykesquotes today. Here’s the first: “Regardless what you hear across the country, this is the best conference in the country.” Huh?

• If I’m an opposing Big 12 coach I log on to sports-reference.com/cbb, scan the three point volume and percentage of OSU’s starters and work on playing a zone defense the rest of the week. And use a box-and-one when Forte comes in. That’s my in-depth defensive scouting report.

• The first half was a microcosm of the Travis Ford/Scott Drew eras at their respective schools. Yanked threes from all over the place, no defensive intensity, and whiffed alley-oops all over the place. It looked like a Colvin Center intramural game with better athletes.

I guess Travis Ford should have certified the alumni tickets too.

• The announcing crew let me know that Travis Ford was upset after Monday’s game so he let Marcus and Markel go at each other all week in practice. It would appear that doubled as OSU’s new offense, as well.

• Well he still played like our best player all day.

Dave Hunziker says Le’Bryan Nash is sill battling a “Stomach-throat combo bug”. Had it the past two days. #okstate

• I’m not sure I ever realize how undisciplined Baylor is. They’re just an abomination on offense. They have no plan. If they don’t hit a deep three[1. Which they did with great frequency in the last 10 minutes.] or successfully complete an alley-oop, they aren’t scoring.

And I’m talking about the team that won the game. That should tell you everything you need to know about this Ford squad.

• “Baylor is the second most talented team in the Big 12.” #jimmydykesquotes

• Has there ever been a bigger discrepancy between a team’s ranking (No. 8 in OSU’s case) and the way it played in a given game? Had to be a top 25 all-time number for OSU today.

You can't blame the lack of an offense on the Michael Cobbins injury. Little to no movement. Lots of standing around, watching. #okstate

• Nothing infuriates me more than Heslip hitting bombs against OSU. Surely this is how Kansas (and Iowa State and OU and Kansas State) feels about Forte and Keiton?

• Brian Williams has become a non-factor. Where does me repping him as our third best player rank on my all-time predictions? Had to be up there with predicting Josh Cooper would have more receptions than 81 in 2011.

• A Baylor fan texted me during the game that this game should have been scheduled like one of those old WWE “loser leaves town” matchups where the losing coach was ousted without pay after the game. I told him I might be rooting for Baylor if that was the scenario.

Le'Bryan Nash now has the Dallas skyline inked on his right forearm. One of a few players who got new tattoos this week. #reporting

• This isn’t totally out of the question, is it?

Wow, figured it out. Gaskins is playing because Turner is in the house. Wouldn't want him thinking the big guys don't play.

• What if this OSU team is actually one of the five best teams in the country and its just being held back by Ford’s ineptitude? I mean with the way they’ve rolled in Lawrence the last two years, that’s a possibility, right? I don’t think it’s the case, and I’m not going to project that off of one game, but it’s a sobering thought.

• For the fifth straight game….why are we so insistent on answering threes in under five seconds with a three of our own? Is that part of the offensive strategy?

"Okay so how much do we need to pay this Myles Turner kid?" pic.twitter.com/XbRoWK6I20

• How good is Nash around the bucket? If I’m an opposing coach (Bob Huggins said this, too) I’m terrified of what he can do but then I remember that Ford is fine with Smart and Markel pulling from literally wherever they want and I’m not terrified anymore. It’s scary to think where OSU would be without Nash in Big 12 play.

1. He’s going to hurt himself with that late-flop head writhe he does
2. He’s starting to not get calls on actual because he flops

• I don’t totally know how to explain this but sometimes I’m not sure why Jefferson isn’t better than he is. I know he had 11 and 13 but it feels like he should have 18-18 every game.

• I feel like Ford is the type of coach who thinks he’s clever for subbing a guy out to get him a few extra seconds of rest before a TV timeout. “Nobody else thinks of this, I bet.”

Don't forget what happened after the last time Ford lost to Baylor.http://t.co/e5I1ZpmXeI

I would've loved for the person who sits next to Eddie Sutton to live-tweet his thoughts during that game. Not enough characters, I'm sure.

• According to KenPom.com OSU had an 86% chance of winning today.

• The second half of the game felt like the team that was the least undisciplined would win it. I had a bunch of people tweeting me after the game that said today was exhibit A of why folks don’t show up to GIA anymore. It’s tough to blame them.

• An actual note I wrote down at the end of the game: Baylor’s last-5-minutes offense was hilarious. Just yank. From wherever.

• How much better is Oklahoma State’s offense when Smart slashes and dishes? 10293x? More?

• This was so fantastic.

That’s a wrap. As somebody on Twitter suggested, maybe Eddie should be allowed to coach on Eddie Sutton night Monday against Iowa State…