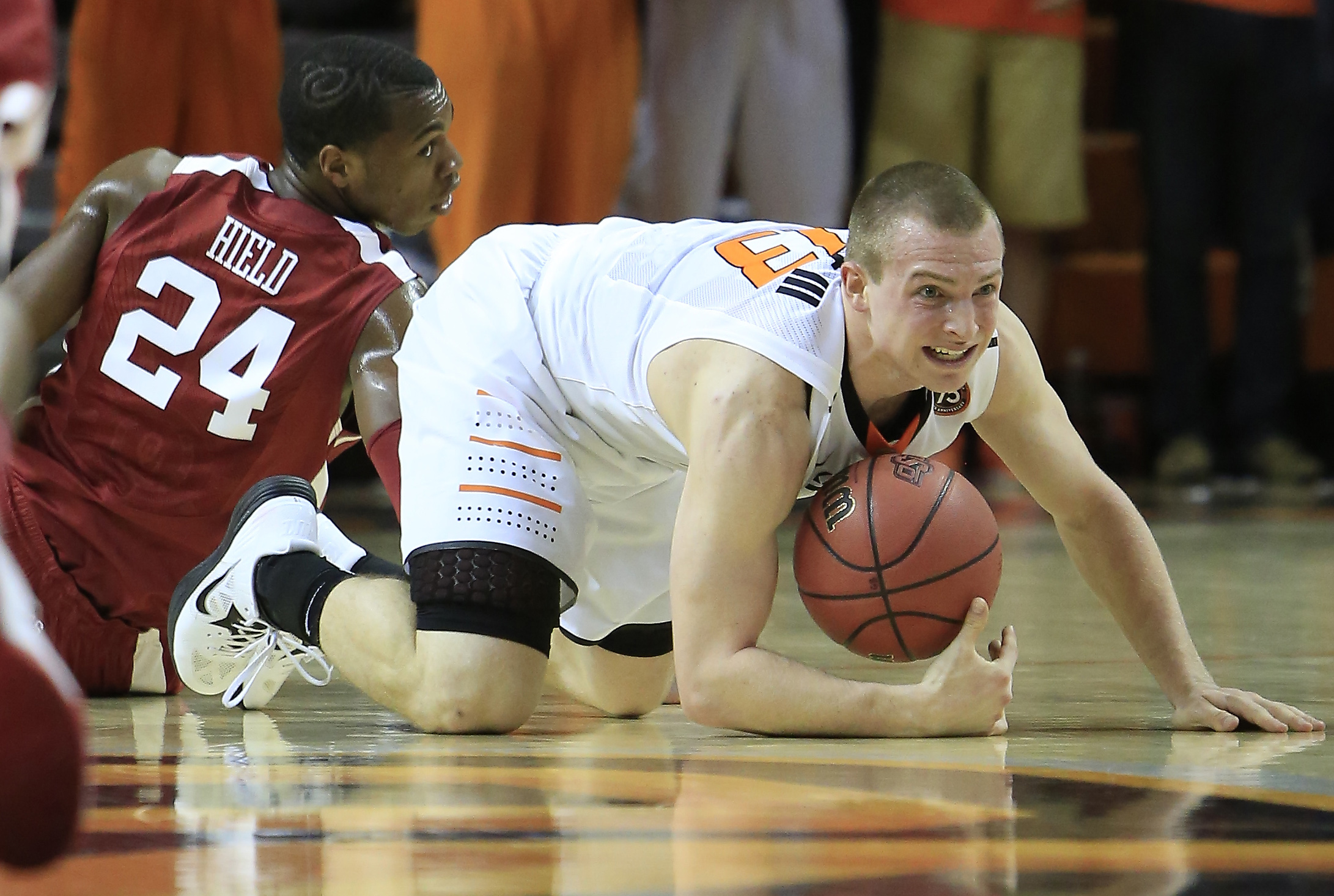 The worst part for me is the ambivalence.

I had to take a little personal 30-minute timeout after the Bedlam football game to regroup, regain my emotions, and talk myself off the sports ledge.

Today, after OSU lost its sixth straight in a 77-74 outing against OU (the Sooners’ first football/hoops sweep since 2008-09, by the way) I can’t say that I cared that much.

I wanted us to win on a micro level — like, when Markel came down for the final three I wanted it to go in because that part of me I can’t make go away — but on a macro level I’m fine with losses right now if it results in changing the head coach.

OSU actually didn’t play that poorly in its rematch with OU and OU still doesn’t impress me — jacked threes that happen to go in at the end of games aren’t the things Sweet 16 teams are made of.

Three things sunk the Pokes in the end — free throw shooting (12/22), perimeter defense (OU was 12/29 from three), and having zero clues in the last few minutes.

Markel Brown was terrific — he had 26 points, nine boards, three assists, a steal, and two blocks and got to the rim whenever he wanted. Nash was great, too. He had 15-10 on 14 shots and did a bunch of Nash things down low all day.

OSU just couldn’t finish when it needed to in the second half (how many times have I typed that this year?) It led 68-65 with two minutes left before Buddy Hield hit back-to-back threes and OU assumed the lead for good.

I did note a new rock bottom for us today, though. Hield slapping our logo after those two threes that, I think we can finally say, officially stuck the dagger in our season (it was already pretty deep, just needed a final thrust).

It can’t get worse than that, right?

• How about that Forte-Sager-Hammonds-Nash-Williams lineup? I’m not complaining because I think Ford’s hands are tied (and I don’t want Markel to die) but that’s a sobering five.

• I wrote that before I saw the Sager-Forte-Cox-Williams-Nash five. My gosh.

• I think it finally hit me today when I went to ESPN.com to pull up our box score and I had to click like six times instead of being able to just click on the top box where all the ranked teams are listed.

• Holly Rowe talked about about Smart watching the game from the locker room like he was the focus of an international hostage situation. “Behind these doors…”

• I think Nash gets fouled more than it gets actually called but he falls down every single time, without fail.

• On the pregame Fran said he thought OSU’s offense should entirely run through Nash. It’s certainly better than the “shoot from literally wherever you want, Forte and Markel” offense. He was a beast in the second half, too.

• Woodard is so good. He’s from Edmond and according to his Rivals page we didn’t offer him. Wow.

• Forte kind of ran the offense better than Smart has been of late. He cut to the lane and bumped it to BW more in five minutes than Smart had done in his last five games. I’m exaggerating, of course, and Williams missed so many shots when Smart passed to him that I wouldn’t find him either but it certainly proves that it can be done.

Ford with the subtle nod to Jeff Orr in the first half with the 3/5 white-out.

• Fran called Forte taking a 32-footer in the first half “great basketball.” Heck, maybe it is for this team. Here’s a look at it. A true bomb:

• The play before the free throw festival got underway, the one where Forte yanked with a double team on him fading away into the first row, that was embarrassing. It’s like Ford gave them no option other than Forte shooting that. There had to be a backup play, no?

• We can talk about the crowd all day if you want. All that needs to be said: it wasn’t good, it needs to be better, and I don’t really blame people for not going.

• Ford finally realized it was a bad idea to play Markel 99 percent of our minutes. It only took a month.

• “Markel has become a great basketball player and not just an athlete” is the new “Forte and Smart are buds.”

• I think we might lead the planet in turnovers on two-foot passes.

• Ryan Spangler’s parents call Tuttle home, did I hear that correctly? What are the odds they run in the same circles as Jason White’s family? Pretty high, right?

• This happens more than it should.

Cowboys get caught admiring and celebrating dunks at times. Like then. Easy layup at the other end.

Phil Forte with a one-handed dunk in warmups. Never seen that before. #okstate

• I’m pretty confident in saying that nobody on earth has enjoyed this season as much as Mason Cox’s dad.

Boone Pickens, who tied the knot yesterday, was shown on the Kiss Cam with his new bride.

• Why does Tyler Neal turn into Steph Curry in Bedlam?

• Why was there a light show playing on the court during the game? Did anyone else see that?

• Why does Brian Williams try to jump over people on defense? I’m just writing stuff down as the game goes along and most end up being questions of the incredulous nature.

• Fran said OSU’s team would, in 10 years, say “remember the night we beat our rival without Marcus Smart?” if it won today. Uhhh…noo.

• Phil Forte was our crunch time PG. Let that one sink in.

My feelings about #okstate basketball in photographic form. pic.twitter.com/fhztiJh1zf

So has the largest crowd at GIA this season been at Homecoming Hoops? #OKState

• Can we talk one final time about how pitiful OU was on offense in the second half? They employed the Travis Ford Memorial “shoot deep twos and threes and pray you either make them or get offensive rebounds” offense. And they won with it! In GIA!

Baylor on Monday. One thing to keep in mind: the last time we lost eight straight was 1986. We will likely be playing Texas Tech in GIA a week from today to try and not match that.