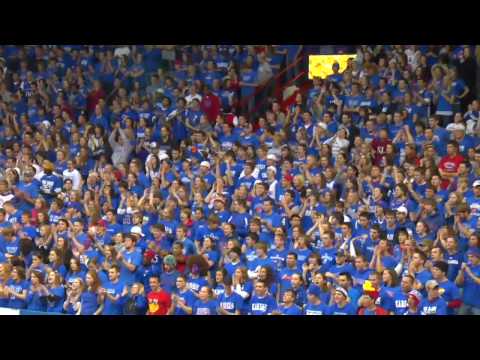 There I sat, in my brown leather chair that sinks a little too much in the back. My computer sprawled out in front of me, my hoodie over my eyes, only the sound of Mark Jones calling the last four point seven seconds filling the room.

Iowa State has done everything they can possibly do to OSU this year short of literally lighting Heritage Hall on fire and melding the molten bronze from Barry Sanders’ Heisman into marbles for their Cyclone Chinese checkers club.

So to say a great win over the fourth best team in the Big 12 felt good would be an understatement. It felt like somebody took a university-sized Jason Keep off our backs and tossed him in Theta Pond (don’t worry…he floats).

Royce White dominated the first half for Iowa State notching seven points, six boards, and five assists in an effort that made it seem like he was going to cruise to his second triple double of conference play. He came upon a little foul trouble in the second half though and that’s when Lob Stilly took over.

First there was the one-handed Markel smash that brought Desmond Mason to his feet at the 15-minute mark, then there was the oop from Brian Williams to Markel (see below), and finally a pair of open-court slams from Williams and Markel to finish off the run. At the end of the madness, OSU had a 60-55 lead to protect with five minutes to play.

The Cowboys went 4-8 the rest of the way on a series of jumpers from Williams, Nash, Keiton, and Markel and Nash’s leaping swat of Chris Allen (who hit SIX threes in the second half!) ended things 69-67, good guys.

FINALLY, a win over Iowa State.

1. Marek Soucek is 6-10 from the field on the year. He’s also 7’0, a freshman, and plays a defense that only Steph Curry could be proud of. His shot though? WET.

2. Prediction: Cobbins will lose at least one rebound in his career because he does that weird wrist palm thing after he snags them. I used to do that in the 5th grade, I have no idea why he does it.

3. What’s the record for minutes per game in conference play from the same five guys? Whatever it is, OSU is going to shatter it this year. The starters played 187 of 200 minutes tonight.

4. I don’t understand why Ford insists on Keiton handling the ball at the end of games. Last two possessions: 1. Keiton takes the air out of the ball and gets it to Markel with like .00003 left on the shot clock, Markel misses. 2. Markel starts driving with seven seconds left on the shot clock, runs a nice pick and semi-pop with Nash, game-winner. Not sure why this is so difficult.

5. Great point by Nolo during our chat tonight. A loss in Stillwater keeping Iowa State of the dance wouldn’t be full on retribution for them keeping us out of the title game in football, but it would probably feel pretty good for this team.

6. Markel’s dunks are great, obviously, but his patience and body control at the one have improved at a rate that makes Apple’s stock growth the last 10 years seem bullish.

7. Gottlieb at halftime: “OSU isn’t going to win if Keiton isn’t hitting jump shots.” Keiton went 4-11 from the field. That might have been true in the past, but this team is starting to fill out…even with only 5.5 players.

8. Good work by one of my Twitter followers (Steven Myers) on pointing out that I should start handing out uniform Wooden awards to Markel. He’s no Justin Gilbert, but he definitely deserves some love for the wide array of Jordans he’s put on display throughout his short career.

10. Mark Jones (announcer) during a timeout in the first half: “Hoiberg says ‘guys, we gotta give ourselves a check up from the neck up'”…pretty sure he didn’t say that.

11. One of the announcers said he talked to an NBA GM who said he “thinks Markel is ‘a more polished, athletic Tony Allen'”…wait….WHAT?

Thought this was pretty funny…and true.

Here’s Desmond’s “you will never have my dunk title belt, Markel” look… 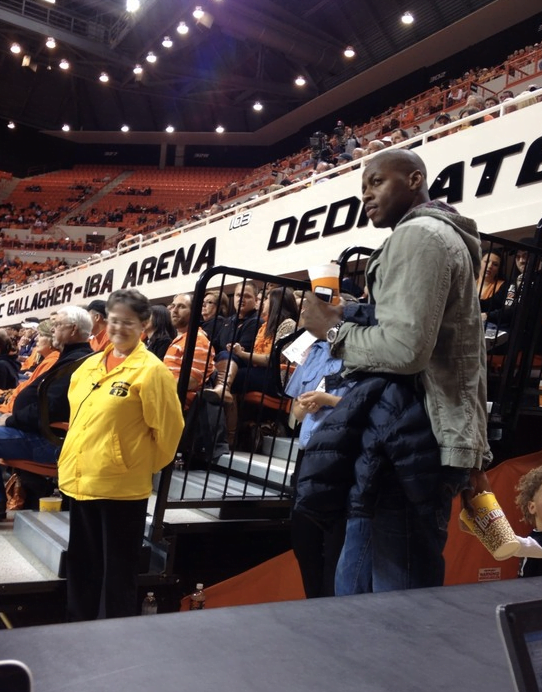