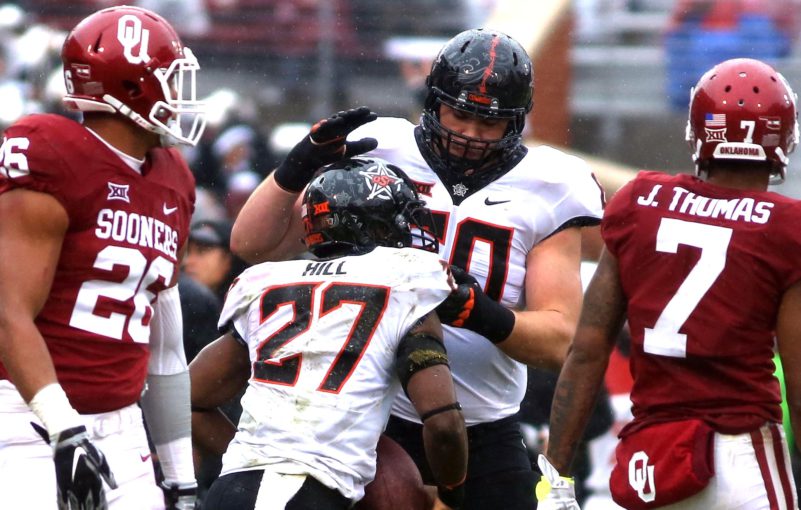 The 2017 Big 12 schedule has been released, and Bedlam has been moved, like we thought, to the beginning of November. The last time it was played before the end of November was the last year before Mike Gundy became head coach in Stillwater, 2004. It was actually played in October that year.

The reason for the move is because the Big 12, understandably, does not want two teams that play in the final week of the season to play in the very next week for the Big 12 title. OSU and OU will be the two favorites to play in the Big 12 Championship game going into the 2017 season. Thus the move. Although the Big 12 didn’t really this one.

So dumb to move Bedlam and replace it with team that finished third. Amazing really. https://t.co/XvFbh5MCdD

Here is a count for all the months Bedlam has been played in.

Here is a look at the full 2017 football schedule for OSU. Going to South Alabama is sort of embarrassing, isn’t it? Is that what big-time CFB programs do?

Also, that at Texas, at WVU, OU at home stretch is monstrous. That three-week run will probably shape the Big 12 title game. Honestly, I’m good with OU being on the tail end of that. I want OSU and Mike Gundy thinking about Bedlam as little as humanly possible after what happened this year. Just go play the dang thing and stop thinking about it so much. Also, as many people pointed out on Twitter, OU will probably be Homecoming as well.