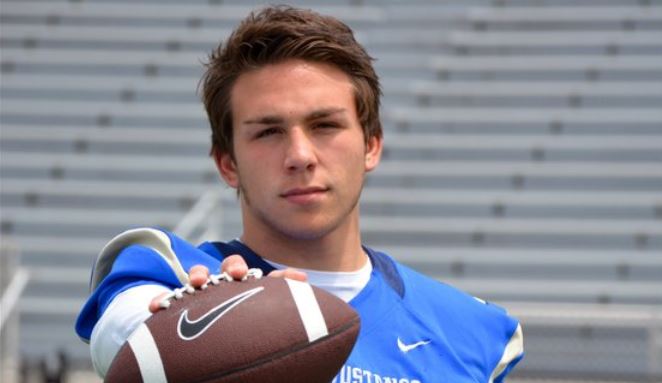 In-state talent Brock Martin of Oologah called himself a Cowboy earlier this week, just 7 days after picking up a scholarship offer. Martin is a weak-side defensive end prospect listed at 6-foot-3, 210-pounds on most services. Despite missing 5 games earlier in his junior season recovering from an ACL injury, Martin still had an extremely productive year: 96 tackles and an incredible 17 sacks.

Safe to say the ACL appears to be fine.

Fortunately for OSU, the offer to the talented Martin was well received. “I’ve always been an OSU fan,” Brock told PFB.

And despite 10 offers from various schools including Baylor, Texas Tech and other big time schools, it was the feel that Martin got from OSU, along with his fandom for OSU, that made his choice simple.

“It’s close to home and I’ve always been a fan. When I went to visit them [OSU] again, I knew it was the place I needed to be,” Martin said in an interview.

Martin is a very talented end, but perhaps a more talented wrestler. He is a two-time state wrestling champion. And his skills on the mat help him tremendously on the gridiron, he says.

Martin is the 11th verbal pledge of the 2017 class and the second defensive end, joining Pflugerville’s Nelson Mbanasor, who committed just over a week ago.