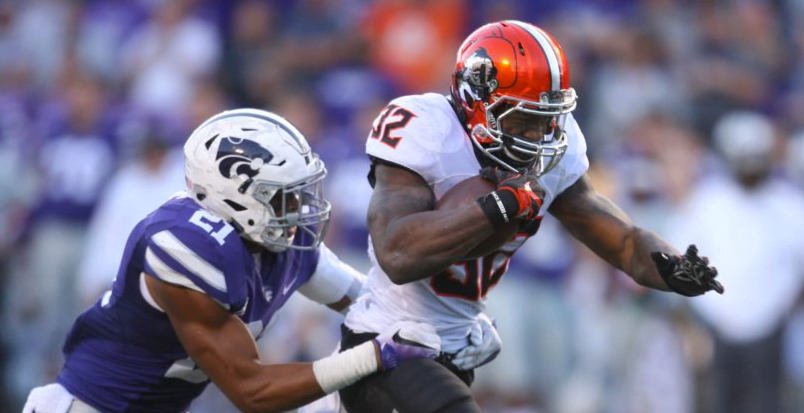 The NFL combine is officially underway, as running backs, offensive lineman and special teams players showcased their talents in lifting heavy things on Thursday. The 40-yard dash, which many consider to be the most supreme measuring stick for running backs, doesn’t kick off until Friday. But OSU running back Chris Carson made his presence felt on Thursday with a bench press showing that stacked up favorably among the other participants:

Here’s a look at some of the notable bench press performances from the running backs. Carson was a beast among most and finished second to OU’s Samaje Perine: