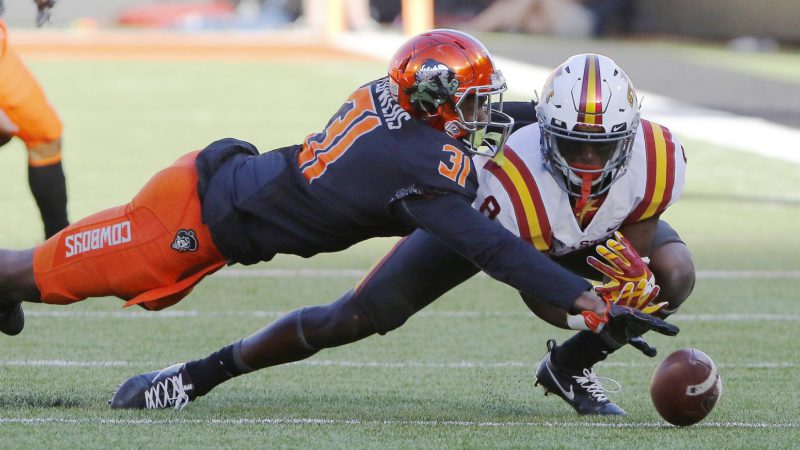 One of the deeper positions on the roster took a hit with the loss of three-year team leader in tackles, Jordan Sterns, as well as former Auburn-transfer Derrick Moncrief, but OSU seemingly has a lot of guys to choose from as they try and fill out a two-deep for the fall.

Bodies don’t exactly equal players and there are some unknowns, though. Several of these guys have contributed special teams or not much at all. OSU safeties coach Dan Hammerschmidt will have his work cut out for him to get this unit ready come fall, but he has a couple of playmakers at the top of the depth chart.

Flowers heads into 2017 leading all Cowboy defenders with 27 consecutive starts. He’s been know as more of a quiet leader but will need to take more of a vocal leadership role on the secondary along with corner Ramon Richards.

The red-shirt junior compiled 61 total tackles (45 solo), seven pass breakups, two tackles for loss and two forced fumbles. And who could forget when he went house after receiving the pitch from Vincent Taylor on the blocked PAT against Texas.

Across from Sterns will be a new face in the starting lineup and it’s not really a question of who it should be.

Edison-McGruder saw playing time as a true freshman and became a key contributor as a sophomore. His 29 solo tackles were the most for an underclassman in 2016 and he should have every opportunity to step into Jordan Sterns starting spot.

The only other senior among safeties currently slated for 2017. He’s seen most of his reps come on special teams but will have a chance to compete for quality reps starting this spring. Morrow’s experience should allow him the chance for more reps but there will be some younger guys playing for a spot.

Green got some time on special teams and played sparingly on defense as a red-shirt freshman but will look for an increased role in 2017.

LaMarcus Morton – A two-way star from Gilmer, Texas, Morton will be with Cowboys in the spring after enrolling early. The three-star wide receiver/defensive back will get a head start in the competition for reps.

Malcolm Rodriguez – A three-star dual-threat quarterback and defensive back from Wagoner, Oklahoma who committed to play safety. Check out our writeup on Rodriguez.

Trey Sterling – A three-star safety from Sunnyvale, Texas who committed back in November. Sterling considers himself a hard hitter and the OSU coaches agree, which is why they snatched him up when he was still an unranked prospect.

Chance Cook – As a true freshman in 2016, Cook appeared in every game except the Alamo Bowl. Look for him to possibly step into an increased role in 2017.

Winston Westbrooks – A redshirt sophomore in 2017 who played in the 2016 season opener against SE Louisiana.

Matthew Newsome – A redshirt junior in 2017 who played in the 2016 season opener against SE Louisiana.

There are still a lot of questions to be answered and that process will start this spring but here’s a decent starting point as far as how we see the depth chart shaking out.

Hopefully, the Cowboy secondary can take a step forward in 2017 but it will fall on the shoulders of a couple of young safeties to make plays.