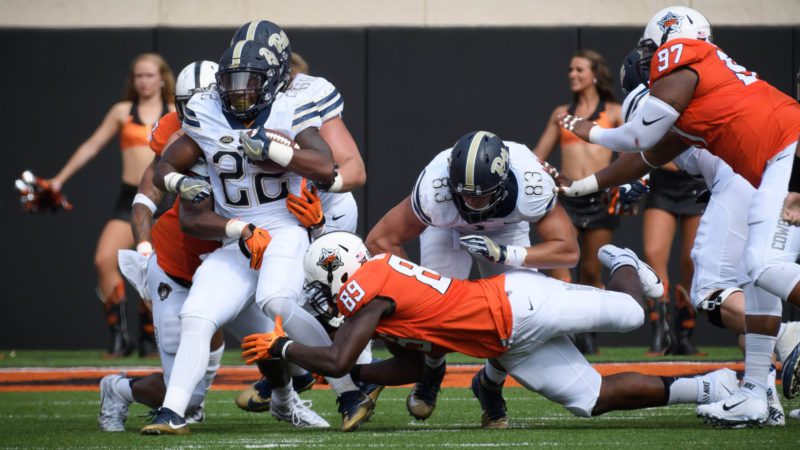 We’ve already covered the Cowboys’ depth at defensive tackle. Now lets turn our attention to the end. The Cowboys may not have an Emmanuel Ogbah coming off the edge but (like the interior of the defensive line) this group is as deep as it has been in some time.

Cole Walterscheid stepped right into a starting role and impressed early, including his two-sack, four-tackle for loss performance against Pitt. Across from Walterscheid, Jarrell Owens started twelve games and was effective.

Jordan Brailford was projected as a starter coming into 2016 but a stress fracture kept him sidelined the entire season. He was granted a medical hardship and comes into 2017 with three years of eligibility left. In ten games as a redshirt freshman Brailford chipped in 23 total tackles, 3.5 tackles for loss, a sack and three QB hurries.

The only upperclassman among the end group will be 2017 senior Tralund Webber. Coming off the bench as a junior, the transfer from Blinn College finished behind only Vincent Taylor in sacks (six) and tackles for loss (nine).

Trey Carter is another end that is capable of contributing and had a breakout performance in the Alamo Bowl punishing the Buffaloes with a sack and 1.5 tackles for loss.

Here’s a look at how I see the depth chart shaking out come fall.

The Cowboys are legitimately two-deep in potential starters and could probably field a three-deep rotation like with the defensive tackles. The depth Mike Gundy and Joe Bob Clements has built should pay off come November.