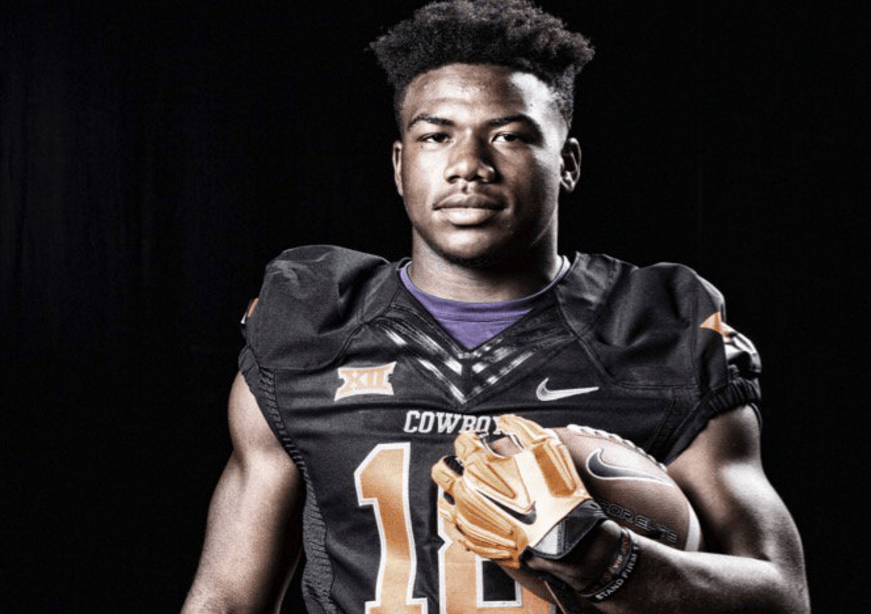 Stud running back JD King, a prospect from Fitzgerald, Georgia, made an unofficial visit to Stillwater yesterday and today. During his trip, he announced his commitment to the Cowboys – the first running back in the 2017 recruiting class.

The move was somewhat foreshadowed by running backs coach Marcus Arroyo, who sent this tweet on Thursday evening that may have hinted at the move announced today:

I mentioned earlier in the week that King was a very viable option at running back in the 2017 class. And with an early commitment, that’s a great sign that the 2017 class could be gaining some momentum with top targets making their decision in favor of the Pokes.

King had a monster junior campaign racking up 2,377 rushing yards and 32 touchdowns. He’s fast (4.4 speed according to his HUDL account), physical, and exactly the type of prospect Oklahoma State needs in an effort to revive the Tailback U tradition Stillwater was once known for. Check out highlights from his junior campaign here: