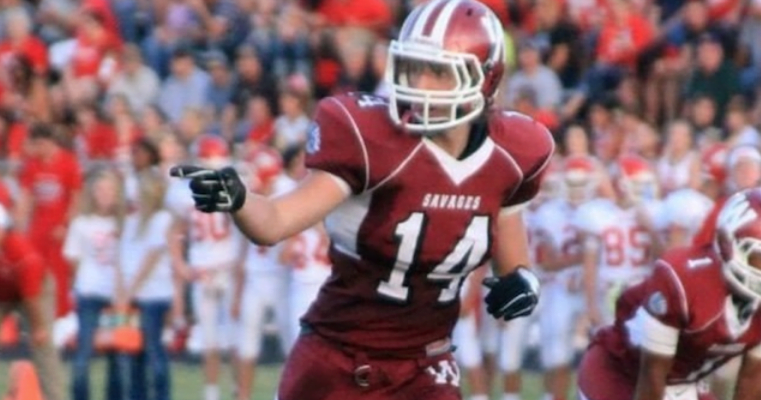 With just a day until signing day, it appears Oklahoma State’s tight end position is filled.

The Cowboys, who lost a tight end in Tyler Henderson flipping to Baylor, had a last minute scramble to fill the position. It has now been filled by senior tight end Baron Odom, who flipped his commitment from Rice.

First of all I would like to thank everyone involved in the Rice football program, coach Bailiff, and coach Okam are class acts and are amazing coaches in an amazing program. With that being said I have made the decision to de-commit from the Rice Owls and I would like to announce that I have accepted a scholarship to play at Oklahoma State University!!! Thanks to Coach Gundy and Coach McEndoo for the offer!!!! #GoPokes #ChiP #DominateTheEdge

As a senior, he caught 51 balls for 1,224 yards and 18 touchdowns in playing  essentially anywhere as a receiver. He’s a big-bodied tight end with good agility when he makes a catch, and has versatility to potentially line up outside — something that will complement OSU’s other tight end, Sione Finefeuiaki, very well.