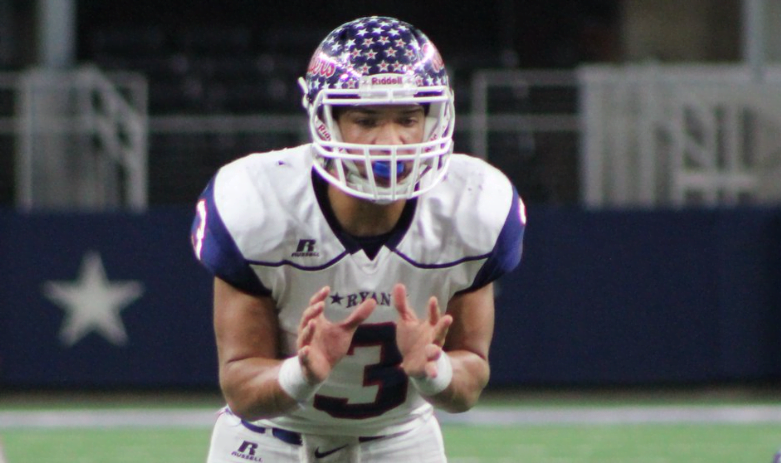 Oklahoma State’s lone commitment in the 2018 recruiting class suffered an injury in a playoff loss this weekend.

Spencer Sanders, a four-star dual-threat quarterback from Denton Ryan, went down early in the first half with an apparent knee injury. He returned to the sidelines on crutches, but did not enter back into the game. Denton Ryan lost, 31-24, and the loss ended the season.

“It was more that there were people on my back, Sanders told the Denton Record-Chronicle after the game. “I was crouching and I guess it was just too much pressure on my knee and I went down on it. Whatever it is, it will be fixed.”

Sanders accounted for 56 total touchdowns in his breakout junior season for Denton Ryan. When you lose that type of production from your most important player, it was bound to be a tough void to replace.

Head coach Dave Henigan, speculated after the game that it might have been a torn ACL. However, he did not explicity state the nature of the injury. After the game, Sanders had 3 words to say about the injury.