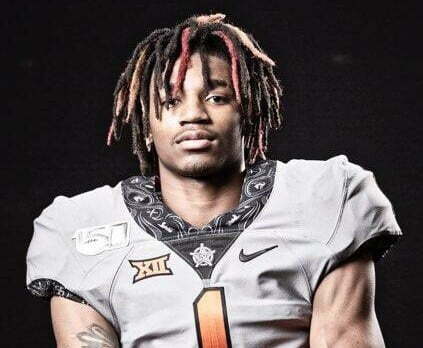 The Cowboys added another defender to their 2021 class Friday.

Lyrik Rawls, a safety from Marshall, Texas, announced a commitment to Oklahoma State via Twitter.

Rawls becomes the 18th addition to the Cowboys 2021 class with the early singing period set to begin Dec. 16. Rawls is also the ninth player in OSU’s 2021 class expected to play on the defensive side of the ball.

Rawls is a three-star prospect, ranking 576th among his class. He’s the 43rd-ranked safety in the class.

OSU offered Rawls on Jan. 2, and he was able to make it to Stillwater before the pandemic shutdown.

Rawls is the seventh-highest ranked commit in OSU’s class.

His commitment moves OSU’s 2021 class from 45th to 42nd nationally, between Auburn and Virginia Tech. Most notably, Rawls’ addition moves the Cowboys ahead of Baylor for fourth in the Big 12, trailing only Oklahoma, Texas and West Virginia.