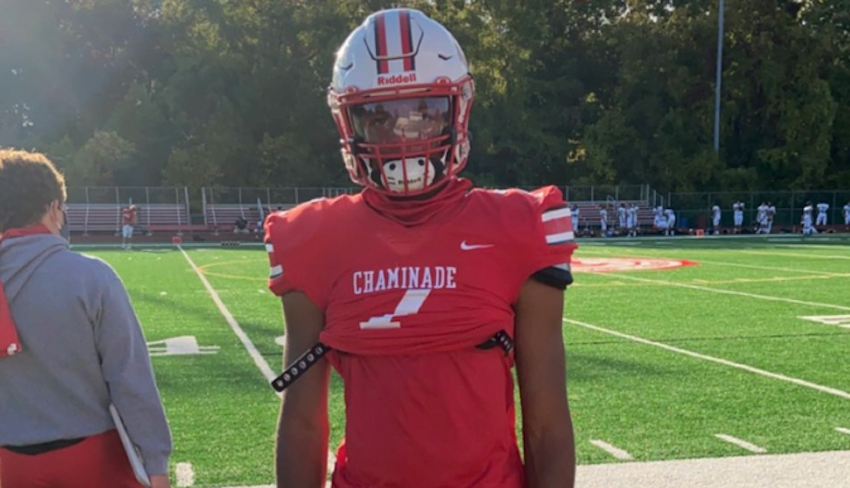 Oklahoma State added a fourth verbal commitment to its 2022 recruiting class on Wednesday as Cameron Epps, a 6-foot-3 cornerback from Missouri, announced on Twitter his commitment to the Cowboys.

Epps, a three-star talent from the St. Louis area, had declared on short notice Wednesday morning that he would shut down his recruitment and commit publicly at 3 p.m. His commitment to OSU came over opportunities from Arkansas, Boston College, Kansas, Kansas State and Louisville among several others.

Cornerback appears to be a big priority for OSU’s coaching staff in this recruiting cycle with recent NFL departures from Rodarius Williams and A.J. Green likely figuring into that new focus, so securing Epps is a big get. Projected starters Christian Holmes and Jarrick Bernard-Converse are both slated to be seniors next season as well. Epps is the second standout corner to join the class along with two-way talent CJ Brown, though Brown — a four-star in-state star — is expected to play on the offensive side of the ball for OSU.

It’s been a slow trickle for OSU in the 2022 cycle with two commitments last fall and two this month, but the slow build has been a successful strategy thus far. With Epps in the fold OSU owns the third-ranked recruiting class in the Big 12 for 2022, with a 63.02 class ranking that for now is inside the top-20 nationally.

OSU is expected to continue to add in coming weeks to its strong class with a number of its top targets looking its way — including a silent commit that will soon go public. It’s an encouraging sign for the class on the whole as it continues to grow in size and in strength that OSU is gathering real momentum on the recruiting trail and recruits are taking notice.