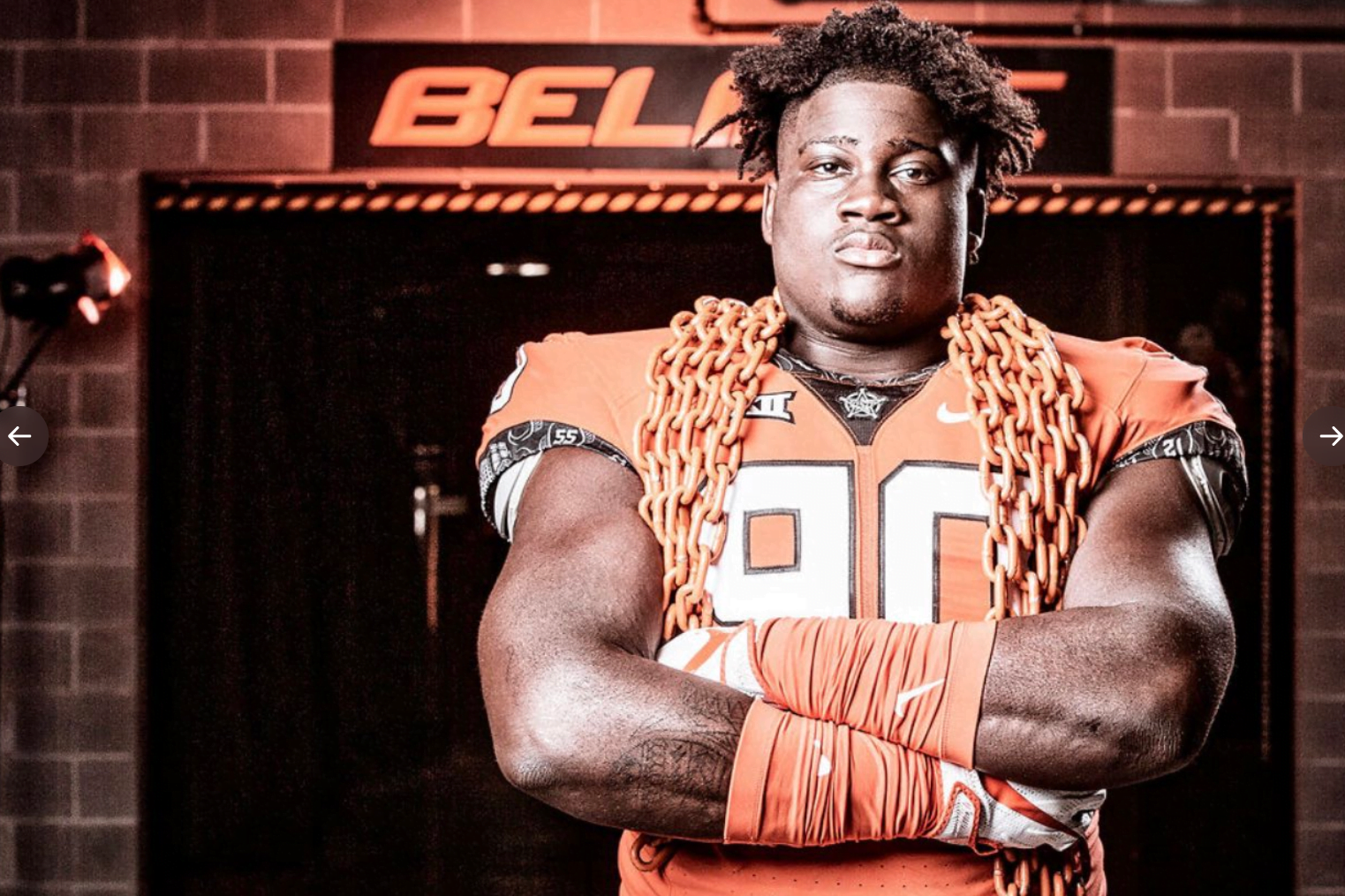 The Cowboys have been in on a stout 2022 defender since his decommitment from Baylor last month, and the Pokes are still among his suitors as signing day approaches.

Three-star defensive tackle Enyce Sledge released his Top 5 this week: Oklahoma State, Auburn, Indiana, Baylor and Texas Tech. Sledge announced Thursday evening that he would sign during the first day of the early signing period, which is Wednesday.

Sledge, from Louisiana, committed to Baylor in June but backed off that commitment when Joey McGuire left the Bears’ staff to take the head job at Texas Tech. Shortly before his decommitment, Sledge took an official visit to Stillwater.

The Cowboys have 15 commits in their 2022 class, but there could still be a few surprises come signing day. OSU has two committed defensive linemen in Jaleel Johnson (Oklahoma City) and Landon Dean (Frontenac, Kansas), but both of those guys are moreso defensive ends. Sledge is very much a defensive tackle.