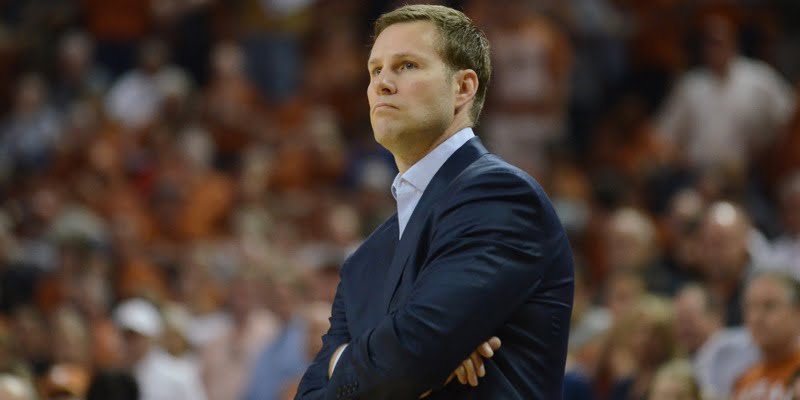 “I can’t even explain to you how excited I am. It’s great to be home. I hope and I think I can get the arena filled again, and get the magic back to this place.”

What I hope the new Oklahoma State basketball coach says during his opening press conference in a few weeks?

Nope. Those were the words of Fred Hoiberg when he took the Iowa State head coaching job back in 2010 after having coached exactly zero games in his career.

Hoiberg came straight from the Minnesota Timberwolves front office, serving as their vice president of basketball operations. Basketball operations, as you might have guessed, does not include drawing up plays, executing offense/defense substitutions and managing timeouts. And yet, Iowa State athletic director Jamie Pollard took a big swing on an unknown.

That part is sort of obvious. If my Twitter feed is any indication of the OSU fan base (and beyond), most folks are skeptical of someone who has never suited up (with a tie and blazer) for a D1 game before.

What you might not know, though, is that Hoiberg lobbied for the ISU job as far back as 2006 after Wayne Morgan went 16-14 and got fired. But Pollard was a new AD then and got a little gun-shy about hiring an unknown like The Mayor.

“I thought he was just another ex-player trying to become a head coach,” Pollard told ESPN. “The timing just wasn’t right.” But then Greg McDermott slapped together four straight losing seasons and the timing looked a lot better in 2010 than it did in 2006.

It wasn’t all that straightforward though. Do a Google deep dive — the idea of bringing Hoiberg back to coach a Big 12 team when he had never coached before sounded as preposterous then as bringing a TV analyst into GIA does now. It seems like it makes sense in retrospect because, you know, it worked. And that’s kind of the point.

As for how Hoiberg prepared for the most monumental task of his career and something he had literally never done before?

“I’ve have all these mentors, all these role models,” Hoiberg said at the time. “I’ll take a piece from each one of those guys and put that into my plan. I’m going to learning a lot this year, so I’m going to really, really have to lean on these [assistants],” Hoiberg said.

It’s not difficult to see No. 44 advocating the same thing here in a few weeks under the orange, black and white banners in that grand old barn in the middle of Stillwater, is it?

Actually, he inadvertently already did.

“I think I would be good at [coaching],” Gottlieb told me. “I’m not going to say I know everything, and I’m smart enough to know what I don’t know. And that’s when you hire yourself a great staff and allow yourself to be mentored by others.

“But I also know I haven’t been in Wall Street for a decade, I haven’t been in medical sales for a decade. I’ve been in sports and college basketball. I watch and break down tape. I watch practices. I’ve gotten to see everybody. You take away one thing from each guy. I like this, I don’t like this. I like this, I don’t like this. It’s not different from any business.”

This was something Pollard said he thought a lot about back in 2010.

“[Hoiberg’s] basketball knowledge is the least of my concerns — he has that,” Pollard said. “To be a good head coach you have to be able to handle people and be a great leader. Fred can do all of that. Hiring him is a great feel-good story, but we didn’t hire him because it’s a great feel-good story. He was hired because he’s been around the right people. He’s learned. He’s ready for this job.”

He was hired because he’s been around the right people. Did you listen to the podcast Gottlieb did with me and Carson? That’s all Gottlieb has done his entire life. Get around the right people, soak up everything he can soak up and distill it for a willing audience. Right now, on TV. In the future? Maybe 15 college students in northern Oklahoma.

And Hoiberg clearly was ready. He went 115-56 in his five years at the helm. Iowa State went to the Dance four out of five seasons he was there. They won two straight Big 12 tournaments. They lost five home games total in his last four seasons. He’s now the coach of the Chicago Bulls. Something there worked.

“He told me [when we were interviewing candidates], ‘Not only do I have interest, I have a plan,’” Pollard told The Gazette. “I knew when he answered those questions the right way that this was it.”

I have a plan.

Doug Gottlieb has a plan. He’s traveled the country calling games, studying teams and taking ideas from various coaches to apply in his own potential future coaching career. He’s ready. The timing is right. The grounds are fertile. The old barn is ready to sway again. He even got Eddie Sutton’s blessing.

“Most players who are any good, and if they’ve played in a good coaching situation, they can coach,” Sutton told the Tulsa World. “Doug is smart. I think he would be a great recruiter. If he’s smart enough to get good assistant coaches — guys who similar to the way he feels — I think he would be all right.”

Sounds like what legendary Iowa State coach Johnny Orr said back in 2010 about one of the best players he ever had. “He’ll be successful,” said Orr of Iowa’s most beloved son.

So would Gottlieb. He would be more than all right. He would be awesome. At a time when fan interest hasn’t been this low since the 1980s, just getting people excited about OSU hoops in the short term is as nearly as vital as winning in the long term.

If you kill both those birds with one stone, then your legend as not just a golf coach but an athletic director is secure. Think about it. If Mike Holder retires in, say, five years leaving behind Mike Gundy, Josh Holliday and Doug Gottlieb as his big three coaches all with thriving programs … my gosh, Boone will re-name the stadium Boone Pickens-Holder Stadium!

So do it, Mike Holder. Pull the trigger. Take a shot. Jamie Pollard did and never looked back. He never regretted it. He brought The Mayor home and Hilton teemed with the type of magic that makes collegiate regular seasons so special. That place bubbled over with the sort of nostalgia that only an alum can drum up. It rocked.

GIA can too. Doug can do it. The floor is low, I admit that. It’s a gamble. But Holder has lost far more in games with much higher stakes. And the ceiling? It’s so high you might have to add another level to GIA like you did back in 2000.

It’s the future of the program.