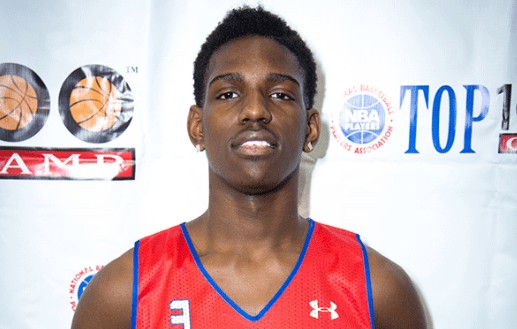 Another big name basketball recruit is on campus today to check out what Stillwater has to offer. The official visit for 5 star point guard Jawun Evans starts today, and he is widely considered to be favoring Oklahoma State at this point.

According to 247sports.com, Evans is ranked the #1 recruit in the state of Texas and the #2 PG in the nation. Evans is a 6’0, 165 pound two-way guard who has been highly sought after by many programs.

Evans holds offers from Cincinnati, Clemson, Illinois, Tennessee, Texas, USC, Virginia Tech, and Oklahoma State. Many think that he is down to two schools: Oklahoma State and Illinois.

As I have mentioned before, Travis Ford has yet to secure a verbal commitment for the 2015 class, but a 5-star point guard like Jawun Evans would be an excellent start.

Drawing comparisons between him and Chris Paul, Evans looks to have a bright future in basketball. We will see if he decides to make his future start in Stillwater.