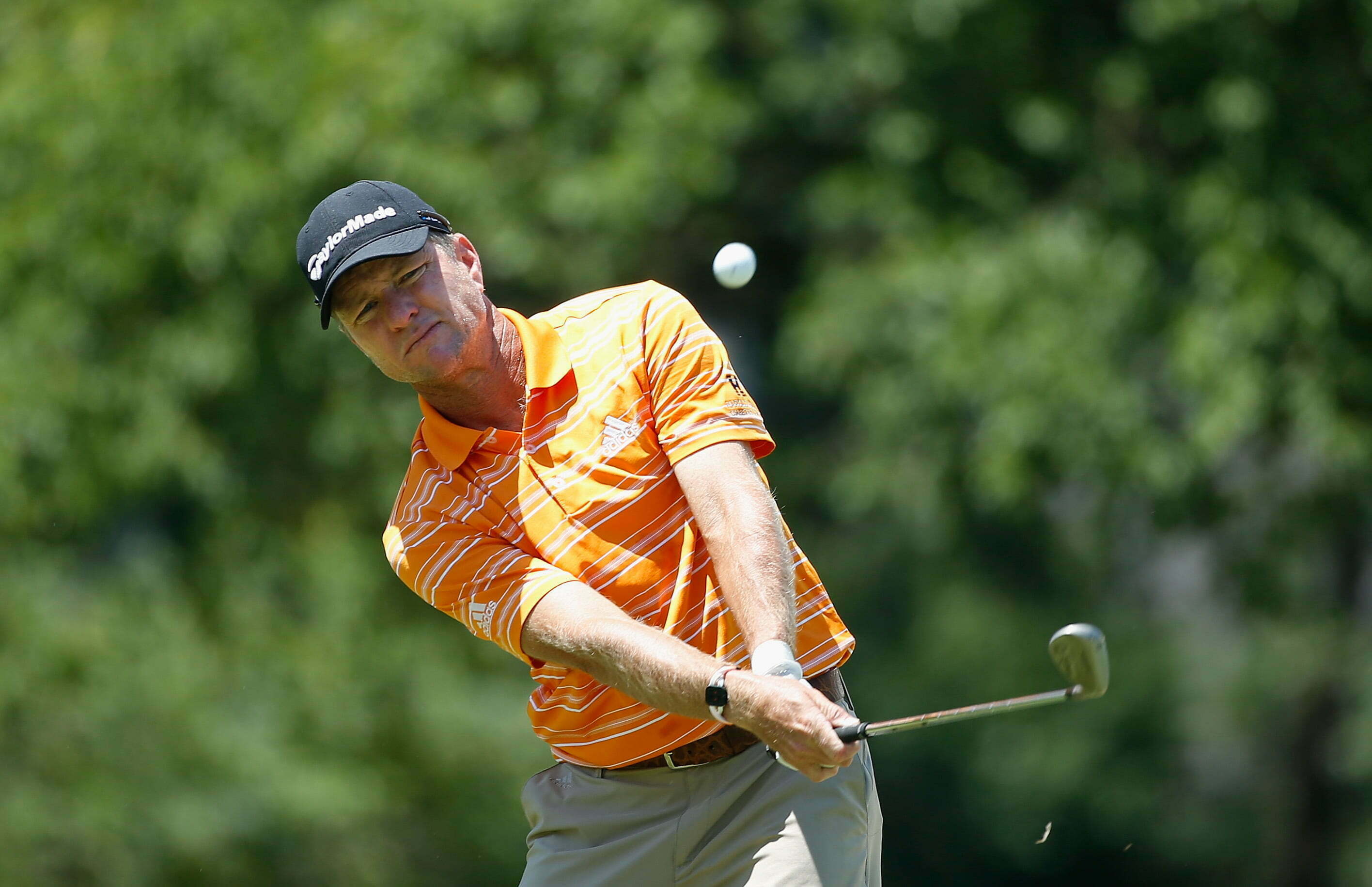 I linked this in the Bullets this morning but I wanted to highlight it again because it was equal parts awesome and hilarious.

Scott Verplank likely doesn’t get the recognition he should as one of the great amateur golfers ever.

Question: Who are the only two amateur golfers since 1956 to win PGA Tour events while still amateurs? Answer: Phil Mickelson (1991) and Scott Verplank (1985).[1. Related: I feel like Dwight Schrute doing this Question! Answer! thing on PFB.]

Anyway, this New York Times article about Jordan Spieth recently celebrating his 21st birthday with a round at an exclusive club in Dallas called Preston Trails was terrific and included this anecdote about Verplank:

Verplank was 17 when he received a phone call from Byron Nelson. It seems Lord Byron had been seeing some remarkable scores by Verplank in the newspaper and wanted to get together.

Seems reasonable — local golf legend sees good scores by 17-year-old in paper and wants to beat the crap out of him just as a reminder of who the king of Dallas-Fort Worth is!

“He said, ‘Why don’t you meet me at Preston Trail?'” Verplank said. “So we go out there and I probably hit about six balls. Here comes the head pro. He says, ‘Young man, how old are you?’ I told him I was 17. He said, ‘You’re not going to be able to hit golf balls here.’ Then he said, ‘Mr. Nelson, y’all are going to have to leave. The club rule is you have to be 21.’

Stones on that head pro. Big ones.

Byron Nelson is one of the 10 best golfers ever on the account of basically anyone you ask. He was 68 at the time of this story — it would be the equivalent of a head pro at some place today asking Jack Nicklaus and a random 17-year-old if they could move it along.

The ending was even better, though.

Verplank eventually got in his round — and a lot more — at Preston Trail. He won an NCAA title at Oklahoma State. He won the U.S. Amateur. He won his first PGA Tour while still in college. And when he turned pro, he joined Preston Trail.