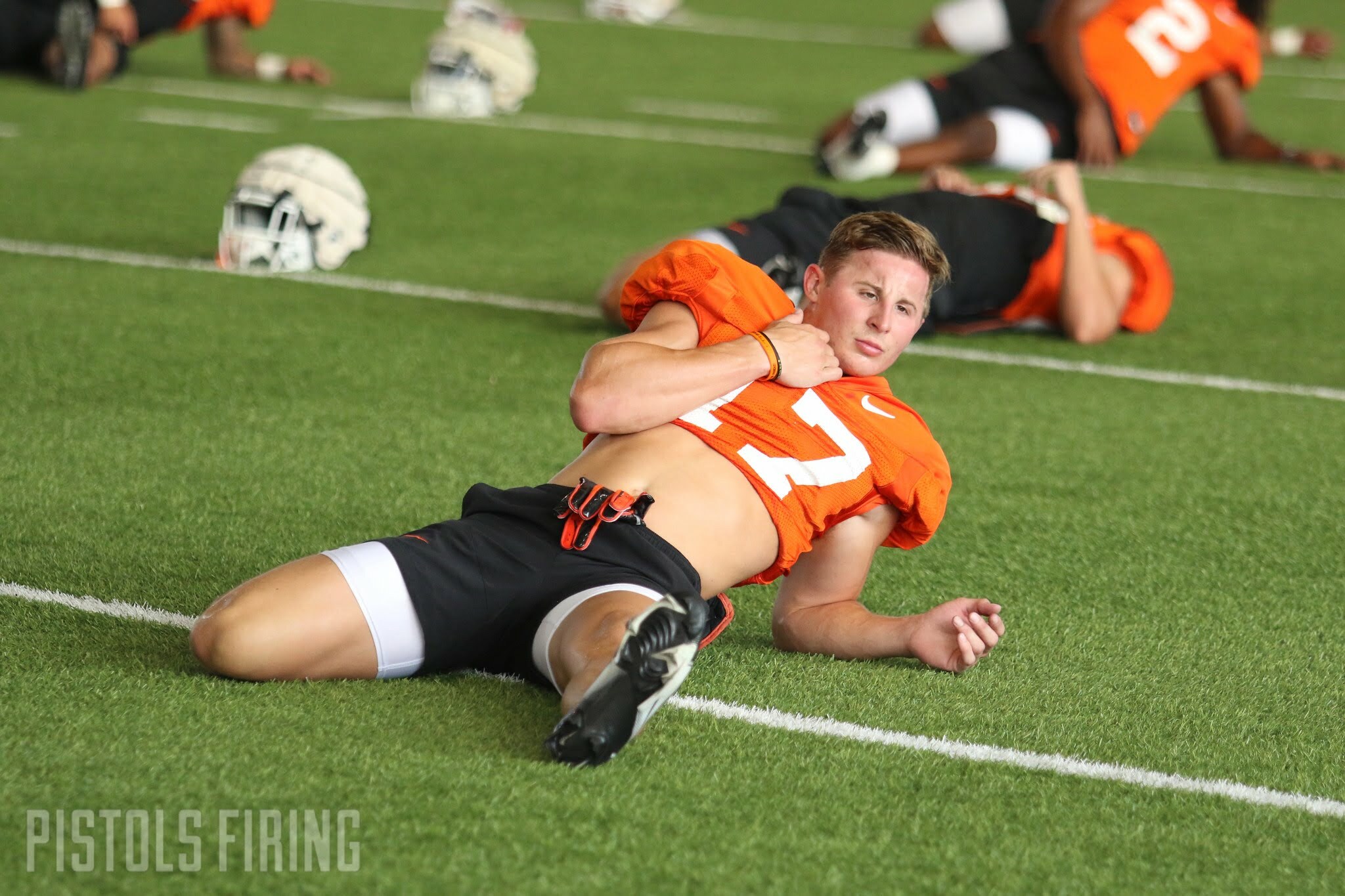 So with training camp well underway and only three weeks to the start of the 2022 football season, I dug into the analytics from PFF and set out to answer one question: Who is the highest-graded returning player at every skill position? (I.e.: Running back, receiver, tight end and QB.)

The answers kind of surprised me!

OK, so of course, this one was the one that didn’t surprise me. Sanders is the only returning QB with meaningful experience for OSU. Gunnar Gundy didn’t meet meaningful snap share thresholds, and Garret Rangel was in high school a year ago. Sanders’ 84.5 overall grade ranked 50th overall last season – third among all Big 12 QBs behind OU’s Caleb Williams (now at USC) and Spencer Rattler (now at the other USC – South Carolina).

Yeah, I’ll admit, this one surprised me a bit. Tay Martin was clearly the top-rated receiver for OSU last season, but John Paul Richardson is the highest-rated returning player at the position, with his 67.1 overall grade narrowly edging out veteran Brennan Presley (who rated 66.6 overall). Folks in Stillwater have raved about JPR since his arrival last season, so it seems the analytics are behind him, too. He played only 257 snaps, according to PFF data, but was a very productive run blocker according to PFF grades and made hay in the receiving game when gifted the opportunity. He should be in for an expanded role in 2022, and after seeing his grade, I’m very much in on the JPR era.

Nixon recorded only 14 carries last season and 19 total snaps, according to PFF data, but the analytics love his abilities. He rated 82.7 overall – top 70 in the country if you drop any snap share thresholds – and edged (by a decent margin) soon-to-be No. 1 running back Dominic Richardson, who had a 73.2 overall grade. Nixon this season figures to be a key depth piece to help spell Richardson, but we may be underestimating just how good he can be when on the field.

Stewart recorded only 25 total snaps, according to PFF data, played in just two total games and recorded no stats. So his inclusion as the top-graded returning tight end for OSU is a surprise! He was very solid as a pass-blocking Cowboy Back, though, and could be in for a nice role this season in the OSU offense if he continues to develop.